On Bowery street, just blocks away from The Drawing Center, the new International Center of Photography building has opened with a foreboding disclaimer posted at the entrance of its inaugural exhibition, Public, Private, Secret: “By entering this area, you consent to being photographed, filmed and/or otherwise recorded, and surrender the right to the use of such material throughout the universe in perpetuity.” 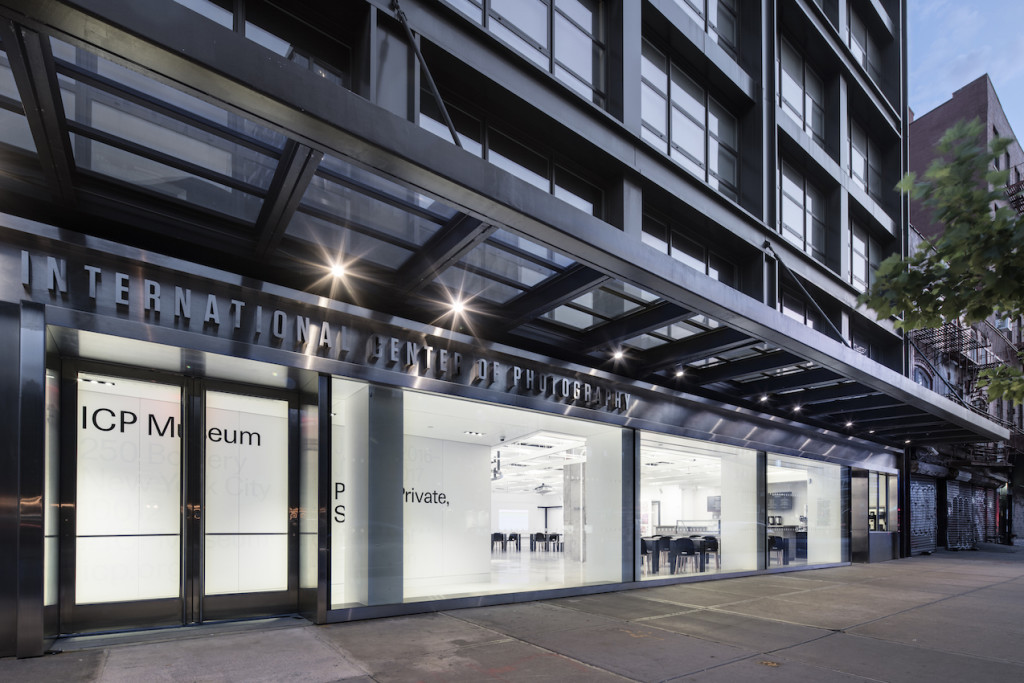 On view through January 8th of next year, Public, Private, Secret, curated by Charlotte Cotton, addresses the expanded reach of surveillance and social platforms online, a trend which allows mass media to play an increasing role in how self-representation is approached. This generous survey looks as early as 1864, to activist Sojourner Truth, whose three silver albumen portraits on display were sold during her time in support of abolitionism and women’s rights. The fifty-plus artists in the exhibition employ seemingly boundless means of constructing, distributing, and manipulating one’s self-image. 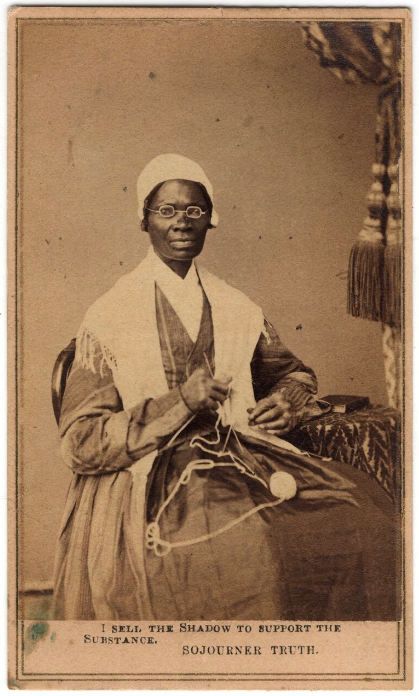 One work of note by Jill Magid documents a character constructed while the artist was filmed candidly by public video surveillance. The series, entitled Evidence Locker (2004), follows Magid as she establishes an intimate relationship with Citywatch, a branch of the London police that monitors the city using the largest closed-circuit network of its kind. On view from this series is Trust, a video in which Citywatch officers use audio to lead Magid, dressed in a red trenchcoat (with eyes closed), through London’s crowded streets. 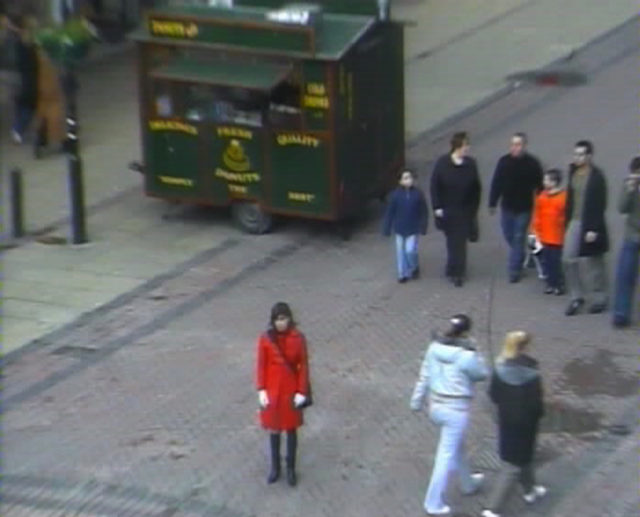 By installing performance artist Ann Hirsch’s video piece Here for You (Or My Brief Love Affair with Frank Maresca), 2011 close by, Public, Private, Secret draws a comparison between video surveillance and reality television. As part of this work, Hirsch hijacks the VH1 reality / dating game show Frank the Entertainer in a Basement Affair for her own means. Competing as a contestant of the show as part of her performance, Hirsch’s video cuts together interview recordings, her initial casting tryout, and clips from the show to tell a story that diverges from the series loose narrative. While the original was arranged as a competition to select a romantic partner for Maresca, Hirsch’s Here for You… recast the protagonist, focusing instead on Hirsch’s struggle.

Both Hirsch and Magid demonstrate the complicity of surveillance systems in constructing identities, and this theme continues in the work of London-based photographers Adam Broomberg and Oliver Chanarin. For their 2013 book, Spirit is a Bone, Broomberg and Chanarin coopt a facial-recognition system developed by the Russian government to create a portrait series. Four cameras photograph each subject from different angles, and these images then form a composite that appears as a full frontal portrait—for instance, a portrait of Yekaterina Samutsevich, a member of the punk band Pussy Riot, is included in the book and on view in Public, Private, Secret with the title The Revolutionary. In contrast to those works by Hirsch and Magid, the subjects of Broomberg and Chanarin’s portraits are not necessarily willing volunteers. 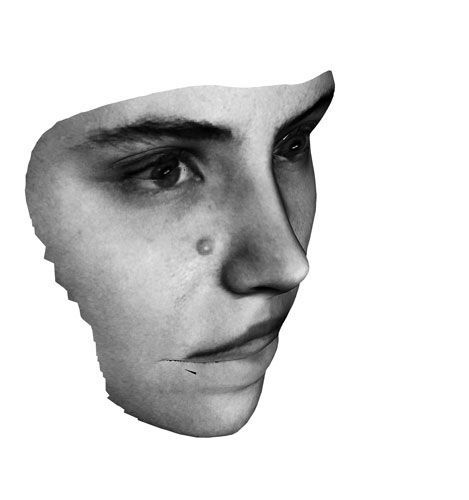 Adam Broomberg & Oliver Chanarin, The Revolutionary, from Spirit Is a Bone, 2013. Gelatin silver prints. Courtesy of the artists and the International Center of Photography, New York.

Like Broomberg and Chanarin’s Spirit is a Bone, Martine Syms’ Lessons I–LXVIII, constitutes a portrait created by collecting multiple images. An ongoing work, Syms accrues and edits personal videos and found footage into thirty-second clips that are randomly sequenced as part of an installation in Public, Private, Secret. Syms’ clips commingle to form unique meditations on black identity as it has been constructed through the media. A speech by artist / activist Sister Souljah, which was originally delivered on PBS in 1992, is prominent in this collection of footage. Sister Souljah’s speech forms a dialogue with other clips, which include images of clouds viewed from an airplane window and a scene filmed while cruising through Los Angeles as well as a short segment in which a young man professes his blackness in front of the New Museum of Contemporary Art. Through this system of chance ordering and juxtapositions we encounter myriad proposals for black identities, perhaps even numerous embodiments in which the artist has projected herself. 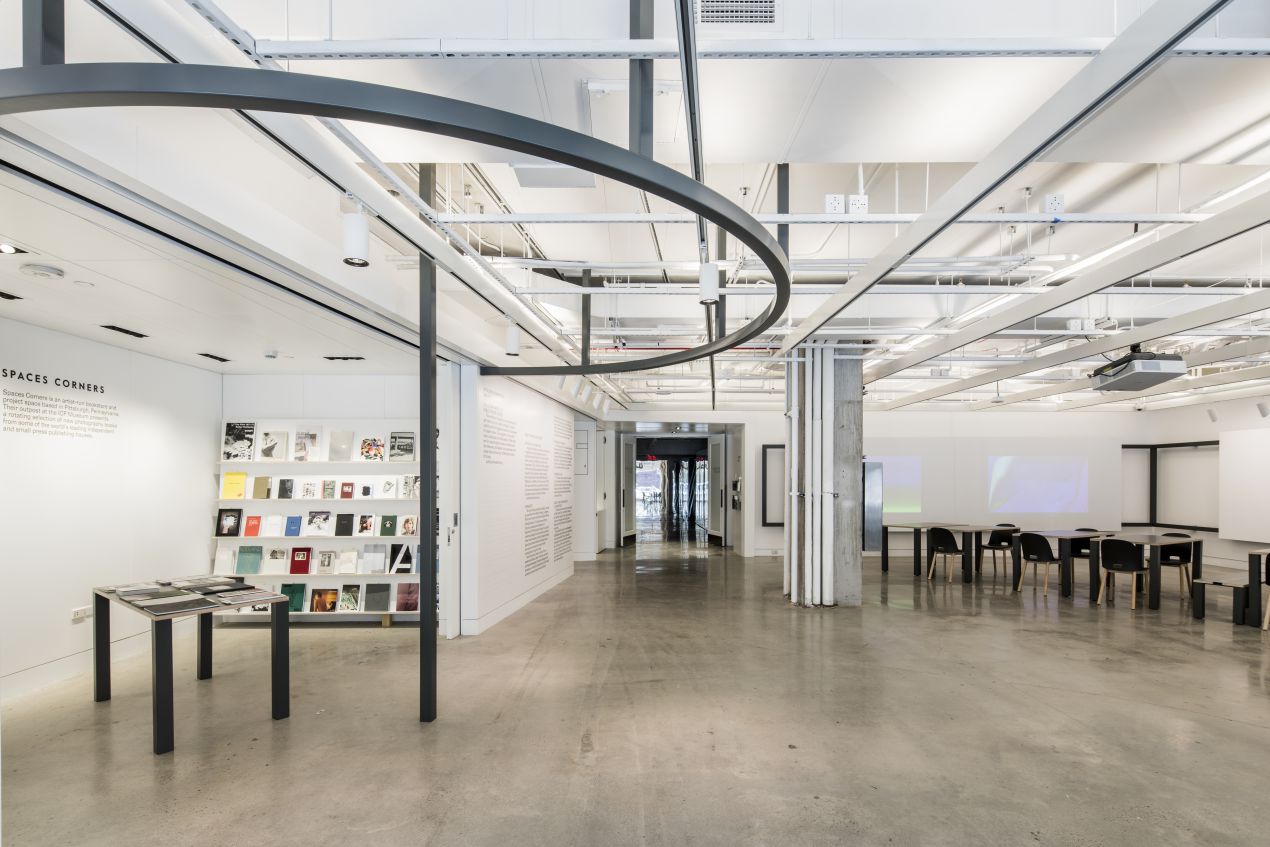 The disclaimer at the entrance of ICP rings true, a fact of contemporary life and perhaps less a threat than it first may seem. Public, Private, Secret invites us to contemplate the possibility of empathy in today’s overwhelmingly mediated world, an opportunity to consider how our images outlive us.