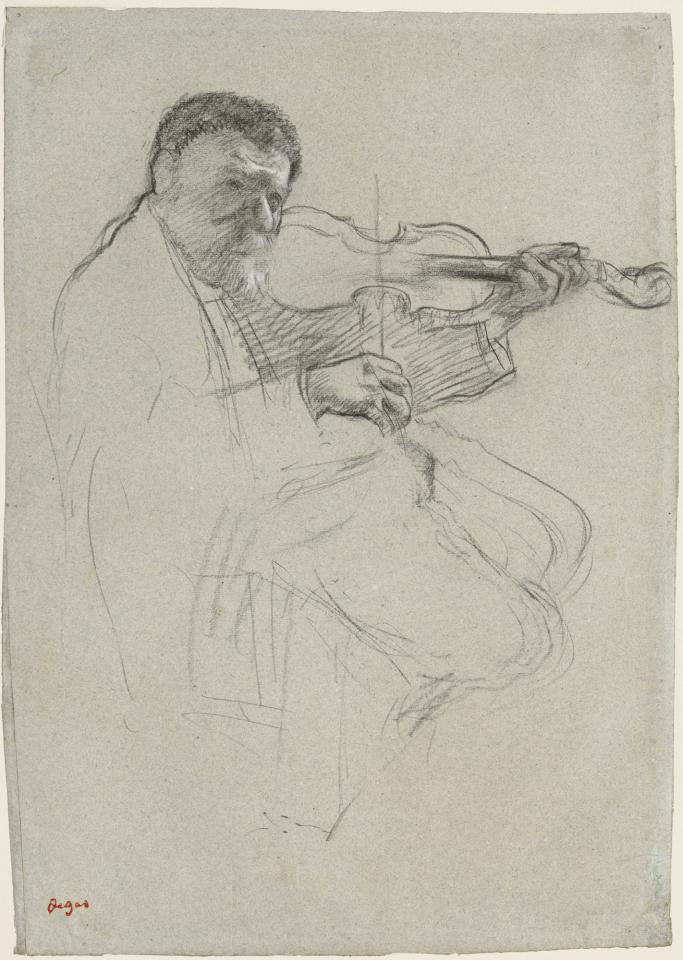 The Impressionist Line from Degas to Toulouse-Lautrec: Drawings and Prints from the Clark is an eclectic fifty-eight piece exhibition of 19th century graphic works from France currently on view at The Frick Collection through June 16.

In The Impressionist Line, diverse intonations are registered at once to commemorate a shifting era for the mediums of drawing and printmaking.  While Daumier watercolors conjure gregarious satire in one gallery, an adjacent wall displays five examples from Gaugin’s Volpini Suite of zincographs, printed in black on sunflower-yellow paper.  These elusive compositions garner crowd attention in the show, not just for their odd yellow backgrounds (a possible homage to Van Gogh, whom Gaugin had recently visited), but for their delicate interplay of brooding outlined forms. One work in this series, Old Women of Arles (1889), displays the effect of Japonisme through its flat-formed airiness, but also glimmers with the full scope of Gaugin’s tactile range. 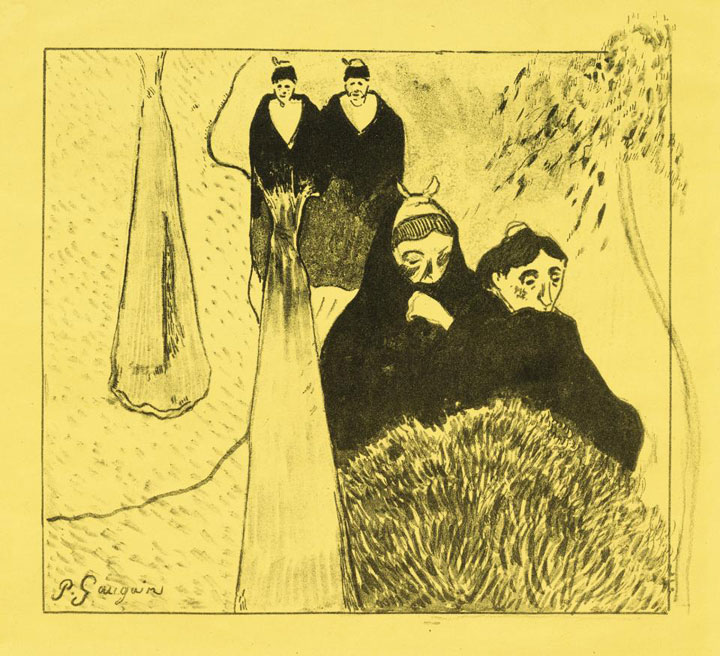 Other drawings seem familiar as preliminary versions of famous works, sometimes revealing the idiosyncratic processes of the artists. Degas’s rough sketch of an elderly violinist would eventually become the musician in the foreground of his well-known painting The Rehearsal (c. 1879), a work in the Frick’s permanent collection.  Other drawings and prints are seemingly finished products of their own accord and illuminate a shifting attitude toward counter-academy styles, the advent of photography, and other new methods of image-transmission in the 19th century.  These attitudes are especially evident in The Impressionist Line in politically oriented images by Courbet and Manet.

Manet’s The Barricade (1871), a lithograph on cream paper, depicts the gruesome government uprising during the semaine sanglante (“bloody week”) of 1871 Paris. Situated in misaligned swaths of velvety crayon, French soldiers surround the rebellious and noisy Communards, while other areas of the page are left in an untouched whisper.  As the aesthetic of on-the-spot drawing was gaining popularity, Manet’s roving line deftly but loosely depicts the action of the scene—a treatment lacking the fixed historicism of painting from previous decades. 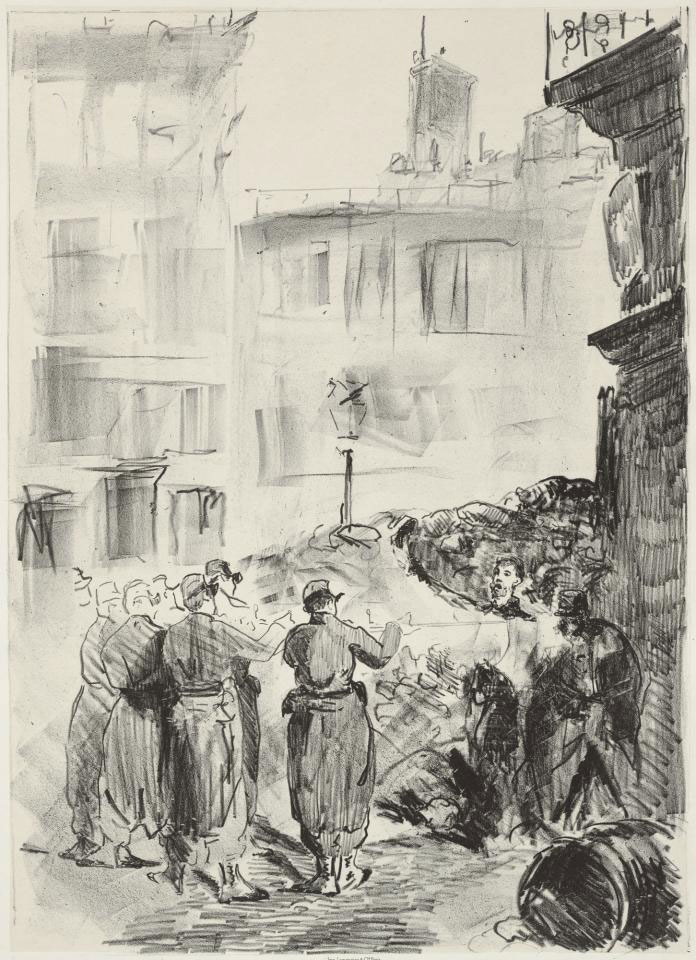 The noteworthy exhibition design of The Impressionist Line, hung in the small ground floor cabinet and two lower-level galleries of the Frick, features deep coral-colored walls that accentuate the grey-scaled drawings and prints, but also imbue a visit to the Frick mansion with a hot-blooded nod to libidinous Parisian nightlife and, conversely, to the political turmoil of fin de siècle Europe.