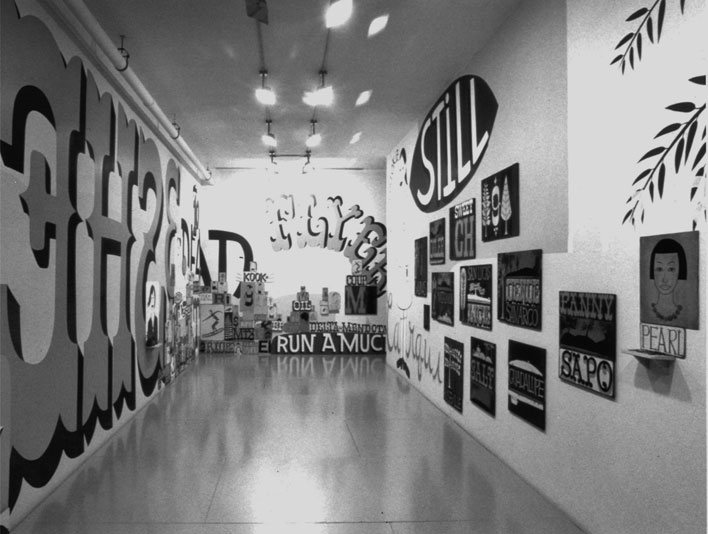 While venturing through The Drawing Center’s archive of past exhibitions, I came across the work of Margaret Kilgallen, who was featured in the Selections Fall 1997 show. Kilgallen’s artwork filled the Drawing Room gallery with a floor-to-ceiling installation of numerous murals and wall-mounted wooden paintings. The artist, often drawing influence from American folk art tradition, utilized various methods and materials such as printmaking, letter forms, and typography.  Kilgallen was also a major player in the street art scene in the Bay Area, California known as the “Mission School” with her husband, Barry McGee. Unlike many of her street art affiliates, Kilgallen’s approach was inspired by traditional handcraft and vintage painted signs, such as those seen at early twentieth-century circus attractions.

Since the artist passed away in 2001 from breast cancer, her work has continued to inspire other artists as well as spark dialogue about the evolution of street art and its commercial worth. Over the past few months, countless blogs and online art publications have covered the relevance of the artist in the Bay Area art scene and her presence in the newly crafted Street Art Auctions of Doyle New York. In the inaugural Street Art Auction held on October 16, 2012, Kilgallen’s Natadora sold for over $28,000, a world auction record for the artist that almost tripled her prior record. Two other artworks by the artist sold for over $12,000 in the second Street Art Auction, held on April 8th, 2013. 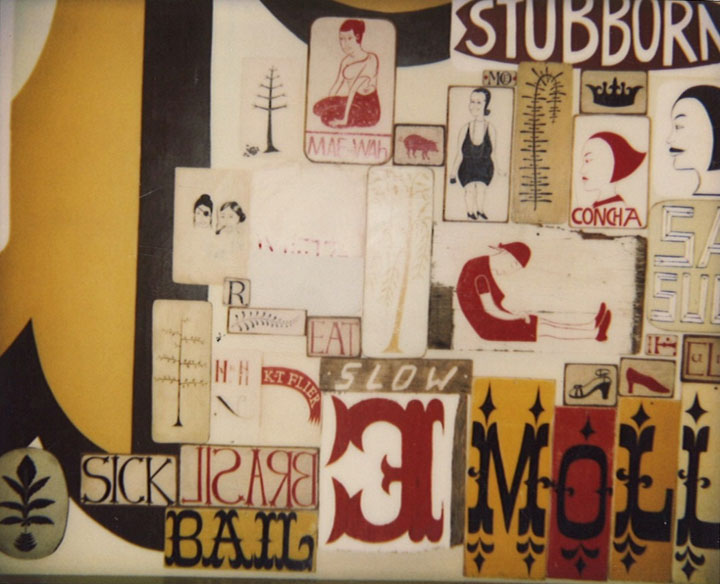 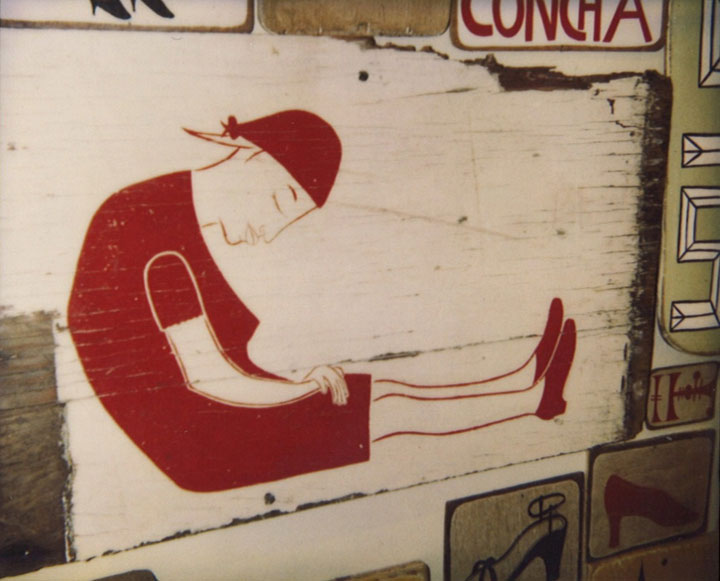 New footage of Kilgallen has also recently been released by PBS’s Art:21  through 100 Artists,  a series of online profiles that chronicle the careers of iconic contemporary artists that have been featured throughout the six seasons of Art in the Twenty-First Century. In this footage, Kilgallen is filmed tagging old trains with her husband and discussing female figures that have influenced her artwork, including  folk musicians Matokie Slaughter and Algia Mae Hinton and Australian swimmer Fanny Durack. These “heroines,” as she called them, were often incorporated into her own paintings and graffiti tags, depicted as strong and independent women in the acts of surfing, swimming, and fighting. The artist describes her artwork as a force to change how society perceives women:

“I especially hope to inspire young women because I often feel like so much emphasis is put on how beautiful you are and how thin you are, and not a lot of emphasis is put on what you can do and how smart you are. I’d like to change the emphasis of what’s important when looking at a woman.” 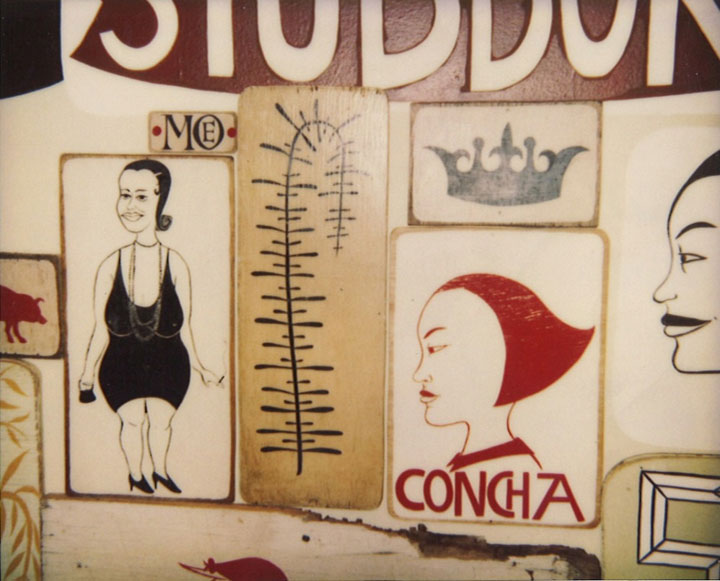 Margaret Kilgallen brought an outside perspective to the fast urban lifestyle of street artists. Although she sadly passed away in her early thirties, her work has been continuously celebrated by institutions such as the Whitney Museum of American Art, The Hammer Museum, and The Museum of Contemporary Art in Los Angeles.