Hipkiss: Bulwark is on view at The Drawing Center from April 6 to August 12, 2018. The exhibition features a series of meticulously-detailed panoramic landscapes by Anglo-French artists Alpha and Chris Mason, who have been collaborating for three decades as Hipkiss. For Bulwark, the Hipkiss’s first solo museum show in New York, the artists will present the most recent cycle of drawings in their series The Towers (2015–ongoing). The drawings pull from the myriad allegorical significance of towers as symbols for transcendence, irrational ambition, and piety.

In the below selection from the exhibition publication, the artists share reflections on a trip to New York that shed light on the importance of the tower images that can be seen in Hipkiss: Bulwark. To read more, visit The Drawing Center’s bookstore, here.

Taking a trip down Bleecker Street, there’s Strawberry Fields, just as it used to be. Great little store, to use “little” in the New York sense  of the word; the fresh produce section seemed as big as a country pub. It was also, handily, the only place to our knowledge that sold English beer—though they insisted on storing it in the fridge. We’d warm up the bottles by the heater in our tiny (by any standard) apartment in Grove Street and drink a couple with eggs on toast—preparation for another day of the coldest winter for forty years. After twenty minutes piling on layers and heavy boots, off we’d venture, tentatively navigating the icy streets on our way to another touristic outing, adding another chapter to this New York memory bank.

Of course, in dreams I’m not troubled by the weather. I can go  where I want and how I want—sweeping up for an aerial view, riding whichever subway takes my fancy, striding down the sidewalks . . . any way I choose. Nonetheless, whenever I go to NYC, it’s snowy and white, the streets silent, no matter how many people are on them or how much slow-moving traffic glides by. We went to The City a few times, before and after that January—in a sweltering September one time . . . but that’s not my Manhattan—not our New York.  Our New York is forever winter. 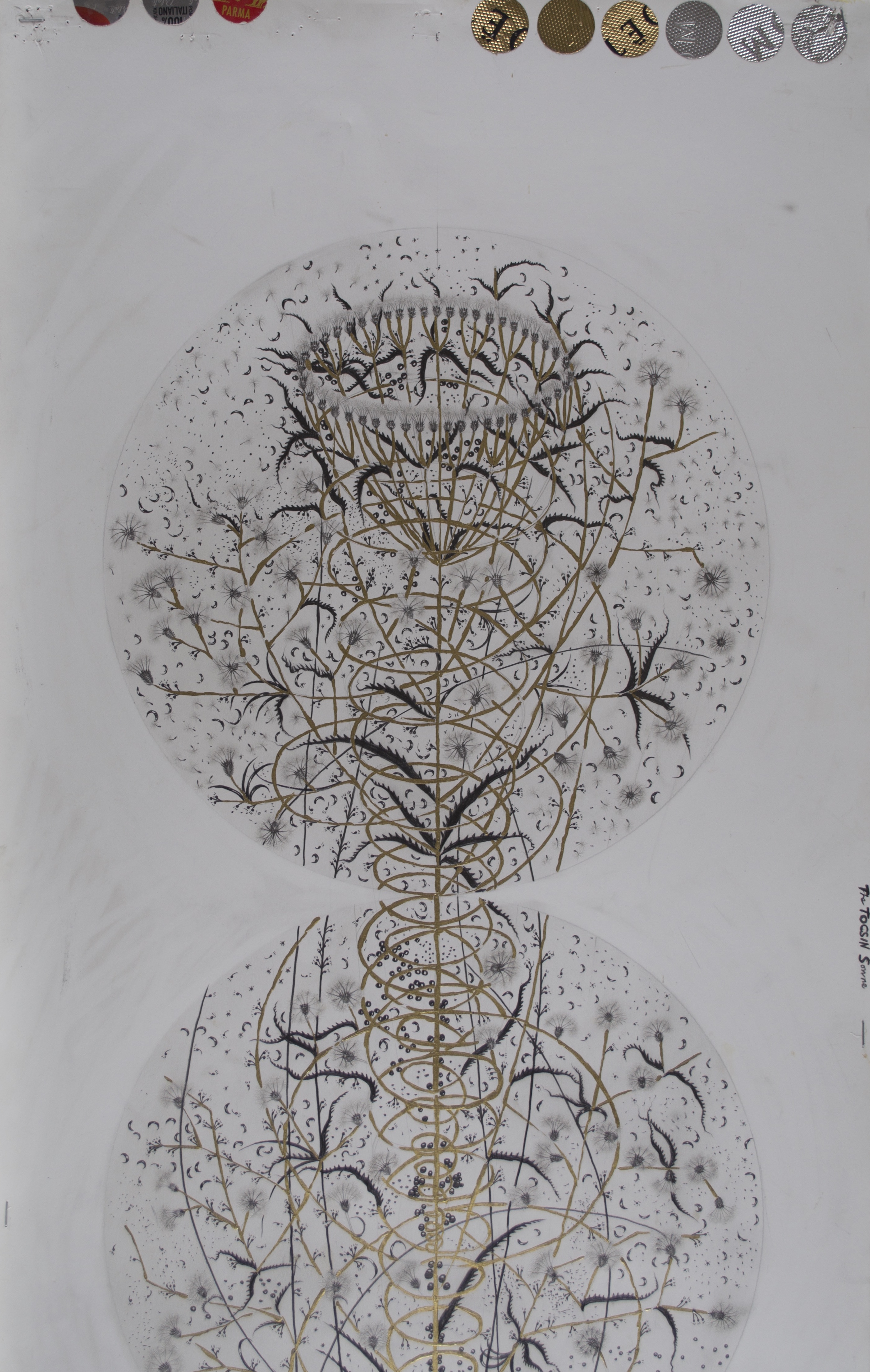 Before I set foot on its streets, it meant nothing more than a bundle of mental snippets and an anomalous soundtrack to my teenage years: the Velvet Underground, Blondie, Patti Smith, the New York Dolls . . . a familiar dark filmscape, bustling with noise and violence. Oddities: a fictional gorilla’s unexplained—and inexplicable—attraction to a human woman, an iconic statue that seems to turn up in the most unlikely places, steam shooting up through subway gratings and flaring cocktail dresses . . . above all, an impression of hardness and coldness; the ultimate city. Distance doesn’t itch when the place doesn’t resonate on a positive level; I had no desire to travel so far to investigate those dissonant and disquieting feelings.

In short, I never expected to fall in love when fate took us there—or to care so much to have its joys denied. At night though, quite out of the blue, there I’ll be.  There’s no fog of heavy colds, now, to cloud our already surreal first trip, people—watching on the long train ride out to Jamaica Bay to see an osprey and blue jays; no hard slog of that walk in the rain from our midtown hotel all the way to Battery Park . . . I can still see the old lady outside a news agent who, hearing us snuffling as we struggled with a cheap umbrella, gave us a newspaper to put inside the fronts of our jackets to “keep our chests warm” (it worked); and the man, with the same cheap umbrella, cursing it loudly and ramming it, inside-out, into the nearest litter bin with exaggerated force. We got soaked. 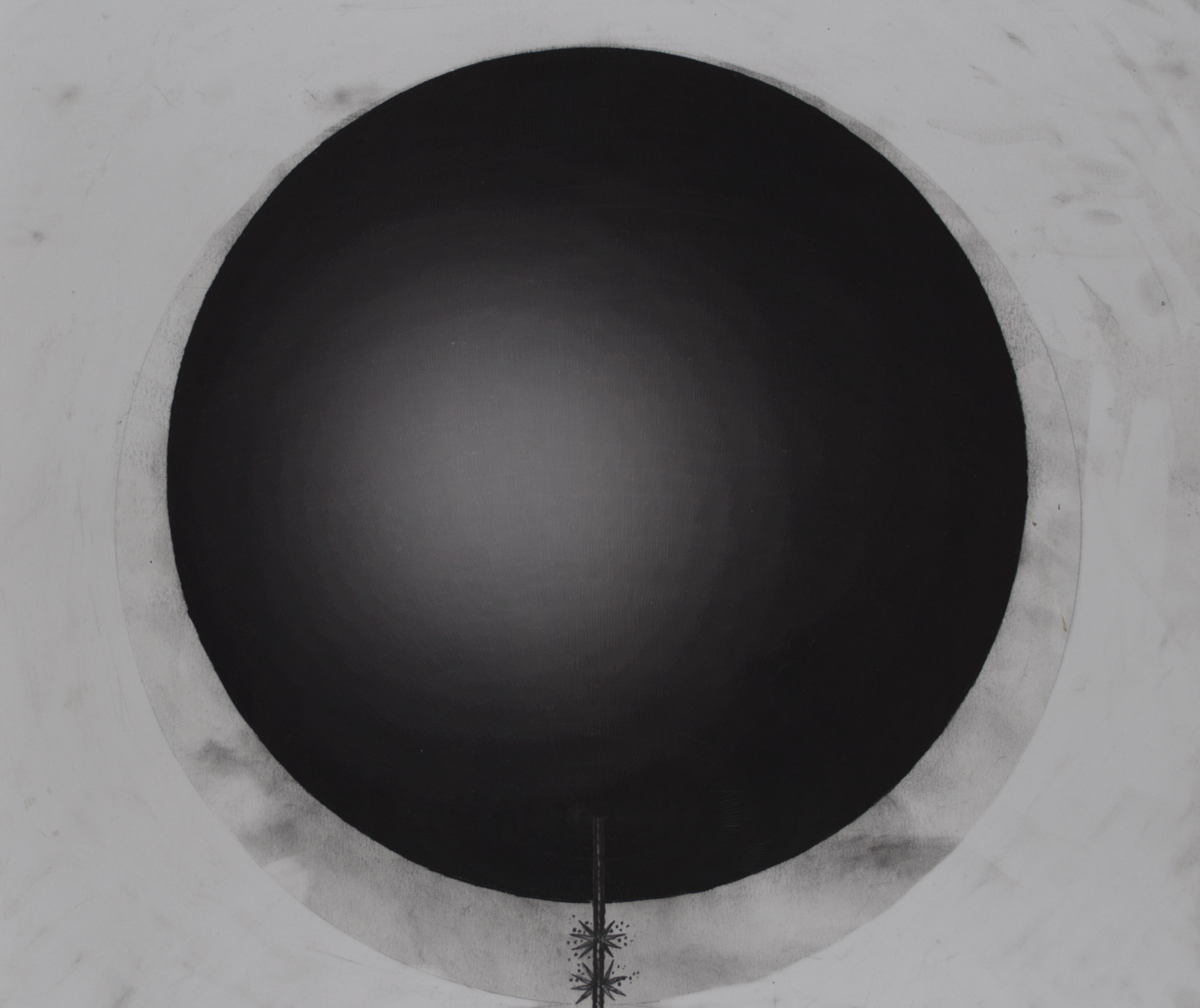 Then there is the uniformed guy with the thick New Jersey accent, barking at us—like the dog to which he referred—to stop feeding the seagulls by the Hudson: “See! It makes the doigs ang-erwy!” The smell of vanilla from the café in Dean & DeLuca’s on Broadway . . .  The thrill of a rebuke from a cop for smoking in a subway station; drinking a beer by the river from a brown paper bag, realising it’s probably something only the British might bother to do when they had a nice snug room to take it back to; seeing Woody Allen come out of his apartment block with Soon-Yi, searching for the right rebuke but just giving him a dirty look instead . . .

Occasionally, time blurs and I’m not sure if it’s now or if it’s then: memories and emotions merge and separate. Passing Lady Liberty on the Staten Island Ferry for the umpteenth time, sometimes there are screams, surging chaos and blood, imagined visions of the crash. Or breezing uptown for a tour of Central Park (there’s always a raccoon sleeping in a tree), negotiating with thuggish squirrels, giving a wistful glance toward the Natural History Museum and the sighting we had of a nesting peregrine from there . . . then there’s a jolt of revulsion as the tower at 721 Fifth Avenue looms into view; back in “our New York,” he was just Ivana’s ex-mister.

The dreaming mind is often kind, and there are, of course, many other towers to gaze upon. Towers in New York: the one thing that even the most committed country bumpkin can’t help but regard with some kind of wonder . . . that stunning photo op from the ferry that no amateur or professional can resist. Our arty sepia shot was taken on a misty day, a perfect focus of minds and lens in that moment of our lives. To our left, out of view but vivid all the same, the gift from our soon-to-be adoptive country gazed protectively and benevolently toward us, giving her blessing. In that moment, the world seemed small and welcoming; New York was a short hop from either London or Paris, both physically and in our sensibilities. 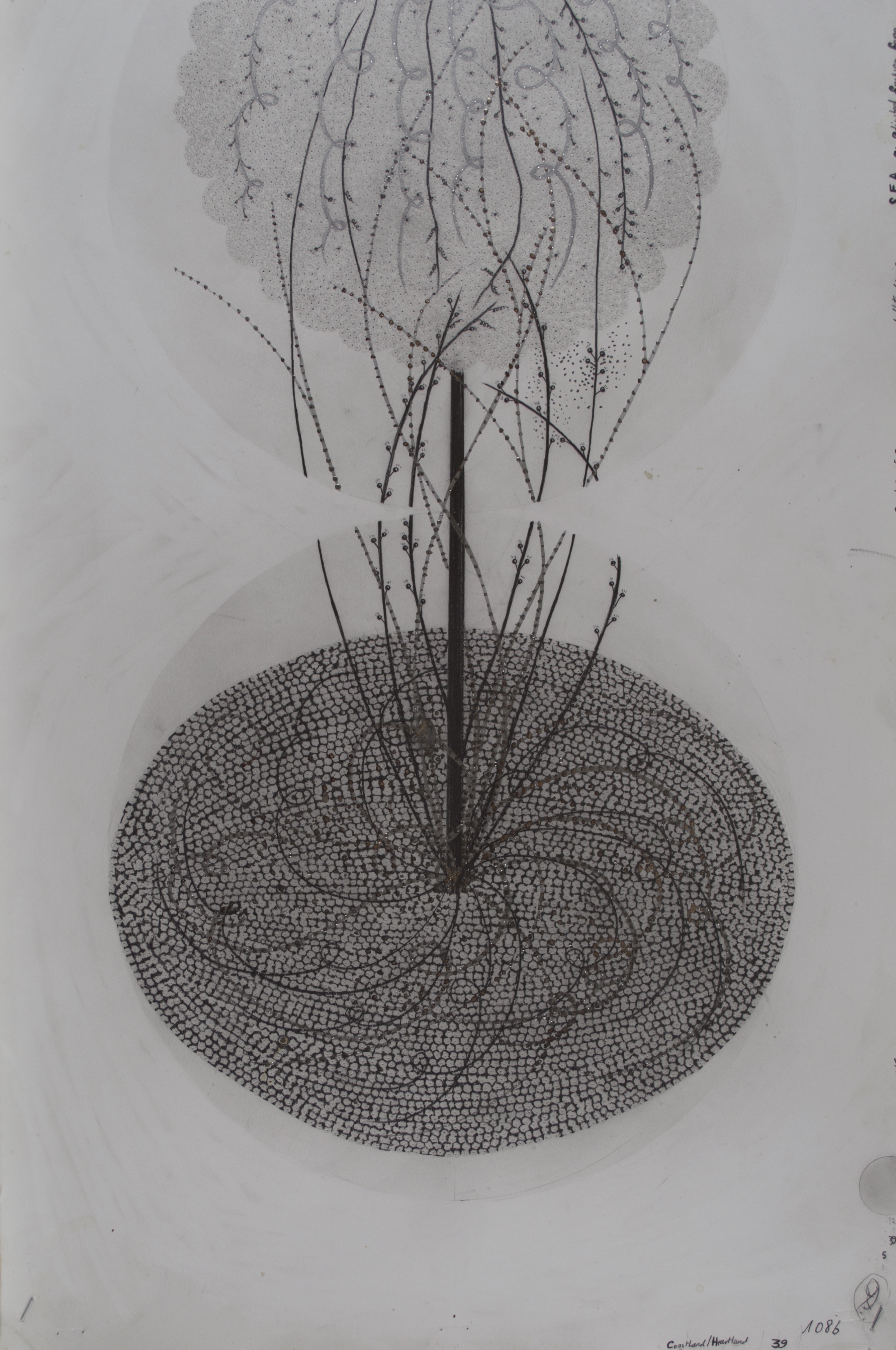 One other memory stands out: leaving our apartment one morning, we turned south to see a false ceiling of thick fog over the streets. Of course, I’ve spent enough time in London to be accustomed to fog, but never before in a city with bona de skyscrapers. ere was something particularly unsettling to me about a tower whose top you couldn’t see, and a pair of them only compounded the unease. When I’m touring Manhattan in my sleep, that is an abiding image, whether in context or otherwise. The sight of the Chrysler Building, burnished in sunlight as we chanced on it around a corner during our first trip, had us rooted to the pavement in wonder; yet it’s never there in the dreams like those truncated twins.

Strange enough was the thought that, three years before and like all first-timers, we had stood in the viewing gallery, so far up into what had become obscurity that morning. Gazing up from the glistening street, the thought made me dizzy, in what I might fancifully describe as a premonition of events just twenty months into the future. Chris had made several eerily prophetic drawings three decades earlier around the time of the towers’ contentious planning, but at this particular moment there was a feeling; perhaps we all had it, somewhere in the gut. On the fateful day itself, several weeks before leaving our native land for France, we were in the car listening to events as they unfolded. Even then, without the visuals and full knowledge of the horror, the earth seemed to shift a little on its axis; for two souls who had no claim to tangible grief, it went deep.

I went to Ground Zero a few times over the years, hanging in the air over the rubble and ruins, the jagged metal remnants of those fatally engineered masterpieces. Sometimes I could sense the suffocating dust, but my waking self was always thankful to have been spared a vision of the day it actually happened. Some things the mind can’t conjure, and distance is a friend after all; like the well-meaning passerby who just can’t help, I hovered pointlessly. And those ghostly twins, they were always there in the background—alternative reality or just plain wishful thinking. I never returned to The City, not in real life. Two years after 9/11, almost to the day, a personal disaster struck, putting an end to our globetrotting aspirations. Hotels were suddenly off-limits, and planes became mere flying metal boxes, taking other people to places we never had the chance to fall in love with. There are wonderful destinations to be reached by land and sea: Sweden, Norway—even Iceland—beckon quite feasibly, and even Italian city breaks are possible with a surreptitious camper van. But not New York. 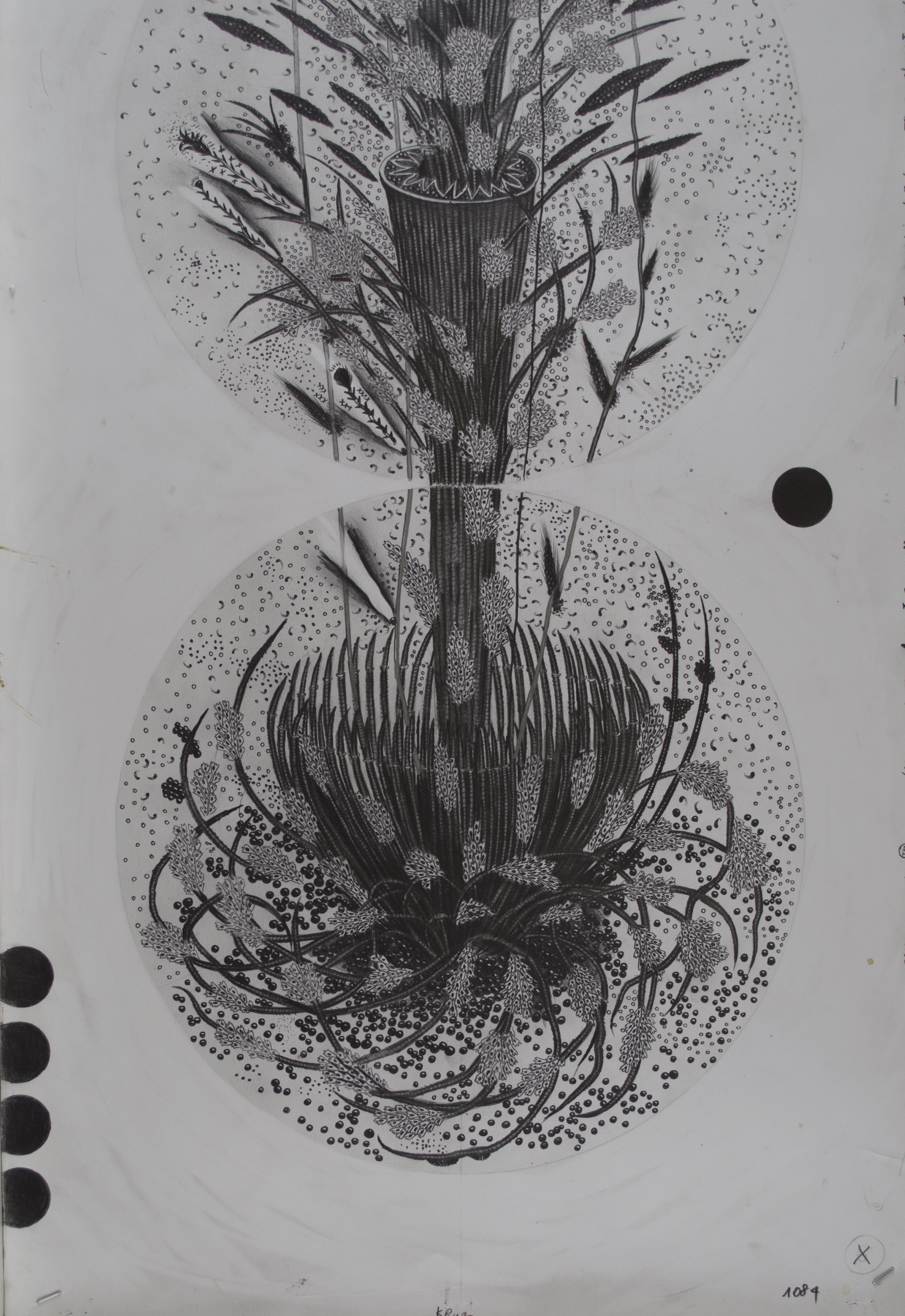 Still, we are there not just in my sleep, but in our daily exchanges and in the construction of our compositions. In a box in a bookcase, among the reams of fading photos, there are close-ups of the intricacies of the buildings and the obligatory architectural vistas mixed in with snowscapes snapped on a rail trip upstate to Poughkeepsie. We were transfixed by the sheer breadth of the semi-frozen Hudson. We still have the MiniDisc recording of the barman there, telling tales of entertaining drunks in his Texan drawl as we waited and hoped that the train back to the city would turn up two hours late rather than not at all. Our six pieces of Chinese jade, acquired via Cavin-Morris Gallery from a mysterious collector called Spencer, never lived up to their investment promise but still sit in the top of the stationery drawer, bringing luck for us instead. A bit of stolen, broken paving stone from Grove Street lurks in the side pocket of the huge suitcase we had to buy to transport our stash of souvenirs back home, far too large for any trip since—all are evidence of the human fear of forgetting, and they serve their purpose well.

With time, though, comes an inevitable softening of the feelings of separation. Other life events cloud the mind—aging parents, new interests, different places—and in the lush, green hills of our chosen French home, the deafening sirens and constant human interaction couldn’t seem further away. Here, life is slow—snail’s pace at best—and the plethora of interesting and unusual birds, be they resident or tantalisingly transitory, are the major source of interest. A meditative air sits over our country cottage; one vehicle might pass every fifteen minutes during “rush hour”; the occasional row breaks out among the chickens. At night, the silence is absolute.

But for all that our surroundings might resemble a past age, we are in the now. In France, all internet is high-speed; our hearts sunk as we saw Sunderland vote ‘out,’ then US states fall in real time. The world, once again, seems small. Like so many, all we can seem to do is sit and watch (and tweet and blog and draw). Helplessness is the norm for now . . . but as we bide our time, we send our envoys—our own towers, our small battalion of “Liberties,” the spirits of our New York.