Currently at the Brooklyn Museum, the traveling exhibition Proof: Francisco Goya, Sergei Eisenstein, Robert Longo—curated by Robert Longo in collaboration with Kate Fowle (Garage Museum of Contemporary Art) — is a convergence of works that span four centuries, connected by each artist’s impulse to document the turbulent politics of their respective eras. 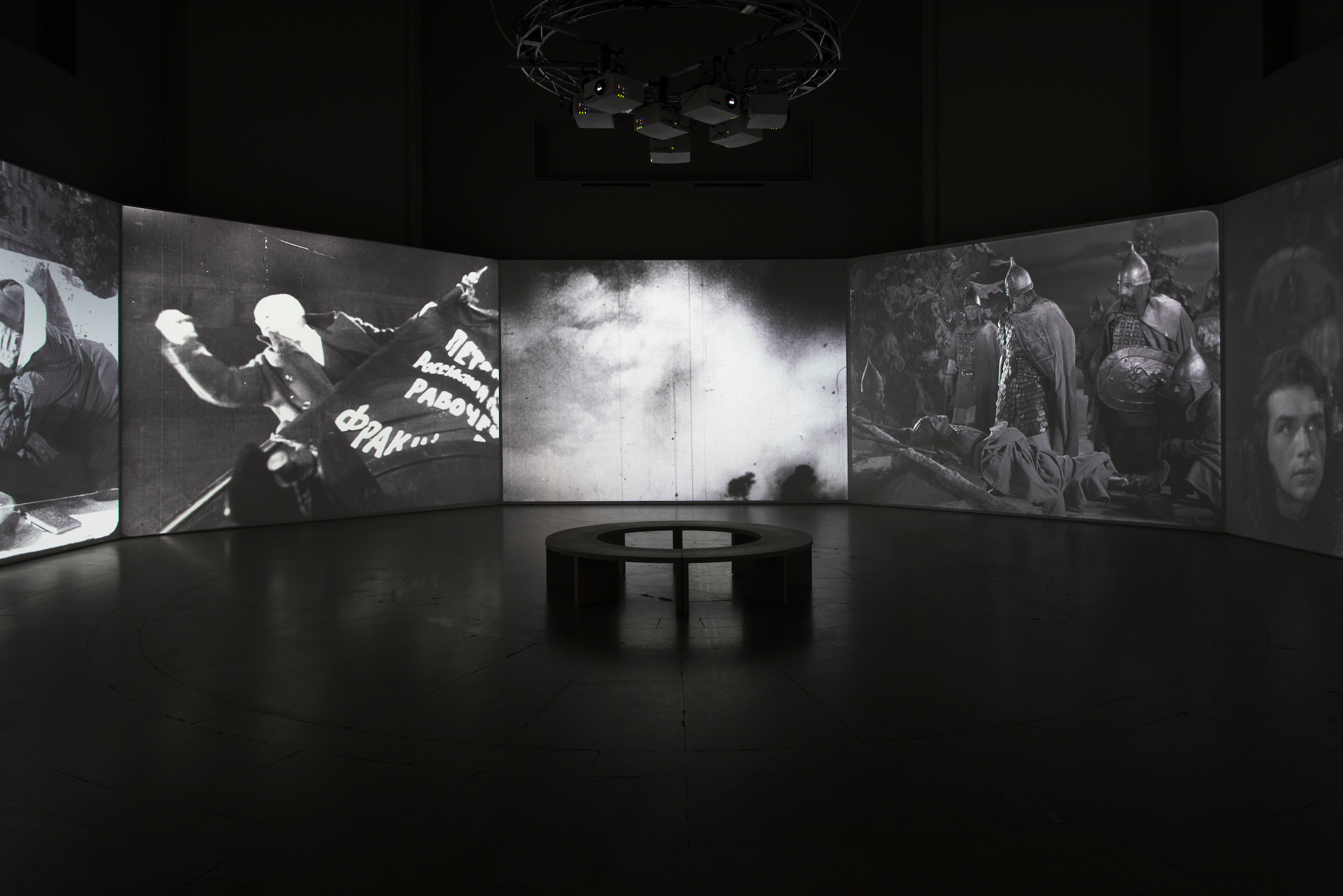 Organized across three rooms, the first artist in the exhibition is Russian filmmaker Sergei Eisenstein (1898–1948). Best known for his films, Eisenstein began his artistic practice with drawing, and the compositional tools he learned as a draughtsman are apparent in this presentation of his work. His films such as October and Battleship Potemkin are projected across seven ceiling-high screens and slowed to a fraction of their normal speed. In this form and without sound or subtitles, the narratives of each film break down, and the result is an experience of Eisenstein’s work that highlights his deliberate composition of each frame.

The following room contains the etchings and prints by Francisco Goya (1746–1828), a Spanish court painter who maintained a personal practice where he created works that criticized the political players and events of his time. Among those on display are thirty-nine (of eighty) aquatint etchings from Los Caprichos, a series that satirized the follies of Spanish society and aristocracy during the Napoleonic war, including what is arguably Goya’s most famous etching, El Sueño de La Razón Produce Monstruos (1799). Goya’s astute political works—though not much appreciated by the Spanish monarchy—have helped situate him as precursor to modernism.

Indeed, Goya’s mastery was recognized by both Eisenstein and Longo, who cite him as a source, and the influence of Goya and Eisenstein on Longo sits at the heart of this three-person show. As Longo tells the art critic Terence Trouillot in an interview, he sees the work of Goya and Eisenstein as inextricably connected. “None of the work is simply documentary,” Longo says, “rather, the works in this exhibition are responses to the world.” Longo, whose hyper-realistic charcoal drawings can easily be mistaken for photographs, emphasizes the importance of understanding his work as mediating between events that are “highly personal and socially relevant.” His work issues a timely reminder that political and historical images are not necessarily objective, but are ultimately informed by personal experience.