On view at the New Museum of Contemporary Art through September 10, a retrospective exhibition of rebellious paintings and drawings by Carol Rama (1918–2015) showcases the images of female desire, erotica, and mental experience that fill the artist’s work. Carol Rama: Antibodies, brings widespread attention to the Italian artist, who was previously pushed to the fringes of the avant-garde; the New Museum show, which includes more than one hundred works created throughout Rama’s lifetime, is the artist’s first solo exhibition in New York. The single-floor presentation of Rama’s work traces the artist’s career from early figurative watercolors, which picture hospital patients, to later abstract bricolage paintings and industrial sculptures. Rama, whose work is set stylistically apart from many of her contemporaries, continually drew on her personal life as a reference for her art. The New Museum exhibition opens with a quote from an artist, which describes the pithy character of her work: “I didn’t have any models for my painting; I didn’t need any, having already four or five disasters in the family, six or seven tragic love stories [….] They’re all things that were enough for me to have subjects to work on […] I didn’t have any painters as masters, the sense of sin was my master.” 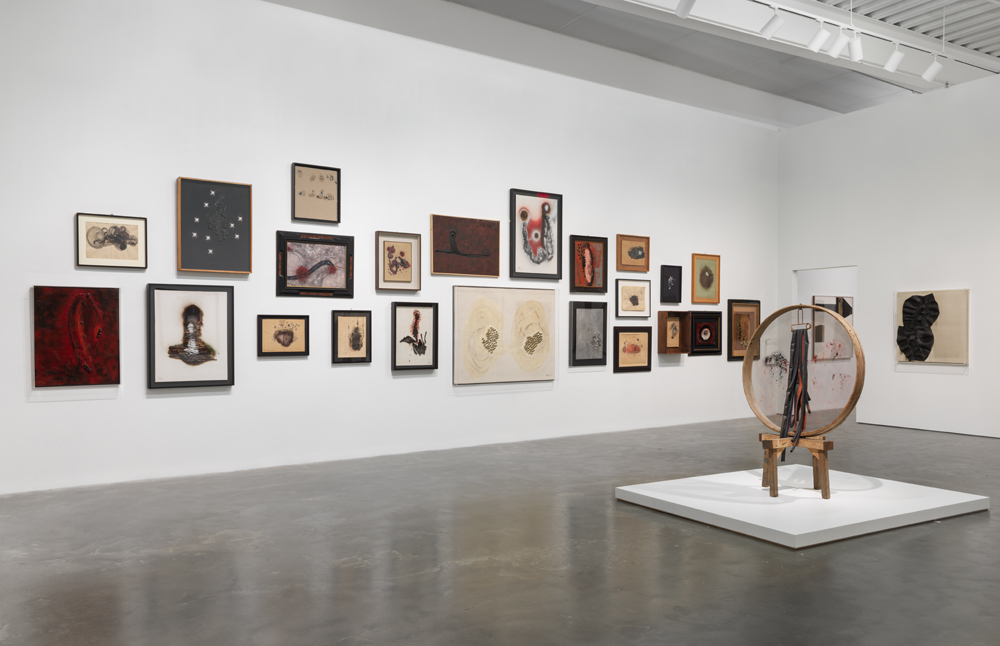 Growing up in Fascist Italy, Rama approached art as a way to address the tragedies that riddled her life. In her words, the artist recalled: “I paint first and foremost to cure myself.” Rama’s mother was hospitalized when she was twelve years old, and Rama would become infatuated with the female patients she met while visiting her mother. For her Appassionata [Passionate] series, which includes some of the artist’s most well-known works, Rama created nude depictions of the patients she met, representing the idiosyncratic aspects of their behavior in gross detail. As a group, the series subverts the conventions that theretofore limited representations of the female body. In Appassionata, 1939, for instance, a female patient stares angrily at the viewer without diverting her gaze. The halo-like bushel of flowers, which she wears atop her head, evokes the wreaths worn by mythical goddesses, but clashes with the industrial appearance of the wheelchair where she sits. 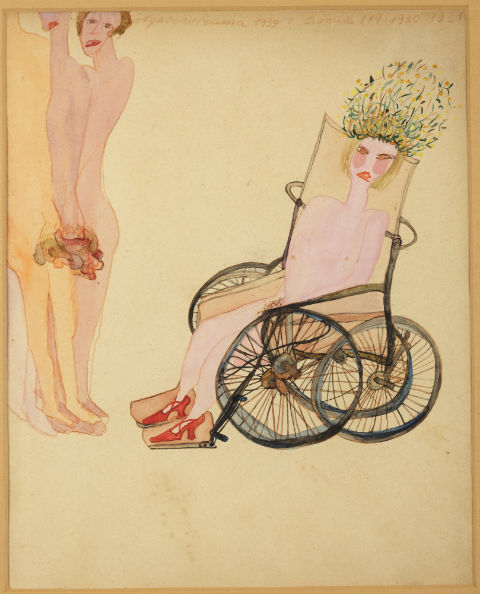 When the Appassionata series was first exhibited in Turin in 1945, the government played a protracted role in censoring and policing women’s bodies, and these images were considered a serious act of defiance. The police shut down the exhibition on its opening day, even destroying some of the works. In response, Rama turned to abstraction and did not return to figurative representation for decades.

In the 1960s, Rama began creating bricolage paintings, which combined discarded objects like seeds, dead insects, as well as animal claws and hides. In line with her previous work, the bricolage paintings draw on the artist’s proclivity for untamed representations of the body. Resembling biomorphic forms, such as organs and cells, the implicative paintings are intended to disturb or repulse viewers. In Contessa [Countess], 1963, Rama used real animal claws to create a carnal composition that gives the impression that the canvas itself is wounded. The striking intensity of these works the viewer insight to the disquiet Rama experienced throughout her life. 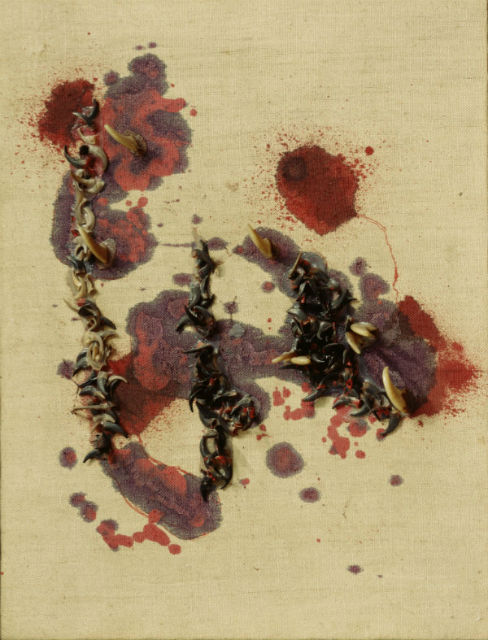 Rama’s approach to painting as a curative practice yielded some of the most brutally honest and unabashed images in twentieth-century art, and her meditations on art and personal practice are equally direct and candid. The fearless representations of female bodies and illness, as well as the importance of autobiography in her work presaged the feminist art of the 1960s—from Eva Hesse to Kiki Smith.

Carol Rama: Antibodies will be on view at New Museum of Contemporary Art in New York through September 10. The exhibition is organized by Helga Christoffersen, Assistant Curator, and Massimiliano Gioni, Edlis Neeson Artistic Director.