A series of thirty eye-popping, evocative works on paper have staked their claim in the mezzanine gallery of the Studio Museum in Harlem. Produced over the last decade, Rico Gatson’s seemingly minimalistic Icons merge photo collage with colorfully drafted geometry to venerate famous African Americans of the 1960s and 70s. Rico Gatson: Icons 2007–2017 presents a pantheon, both personal and collective, of individuals who continue to be influential today.

Born in 1966 in Augusta, Georgia and now living and working in Brooklyn, New York, Gatson was inspired by the radiance and power of the chosen figures. Encapsulating the sheer force of political, intellectual, and cultural production of black Americans during this period, many of the individuals either dedicated their lives to social and political activism or, as Gatson has described, imbued their work and lives with beauty. In Gatson’s exhibition, Shirley Chisholm, Amiri Baraka, and Nina Simone radiate alongside Eartha Kitt, Sun Ra, and Muhammad Ali, with Zora Neale Hurston, Huey Newton, and Jean-Michel Basquiat just a few steps away. 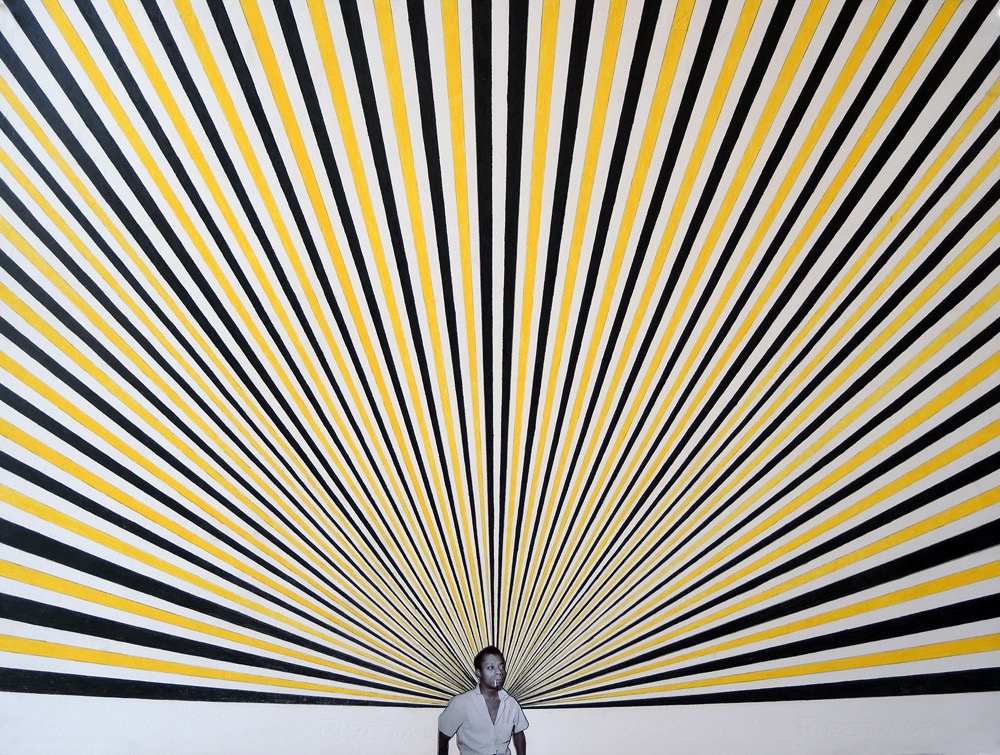 Gatson grew up witnessing these popular figures occupy social, political, and creative spaces. With figures from different contexts and a wide range of creative and activist circles, their convergence in the gallery space feels atemporal. Gatson’s Icons are assuredly personal, with each composition titled using a colloquial name—to Gatson, Basquiat is Samo (2011), Charlie Parker is Bird (2015), and Billie Holiday is, well, Billie (2014). There is a power to ascribing value, to connecting with individuals whom one may not know personally and yet have the ability to speak intimately about the conditions of a generation. Gatson astutely plays with notions of iconicity, selecting widely circulated photographs of his subjects and reclaiming the visual space of these images through drawing. Gatson’s lines resemble radiant halos, similar to those that are frequently found in medieval depictions of saints and holy figures. In St. James #3 (2015), for instance, Gatson adds angelic black and yellow rays that that consume the space surround James Baldwin’s figure. 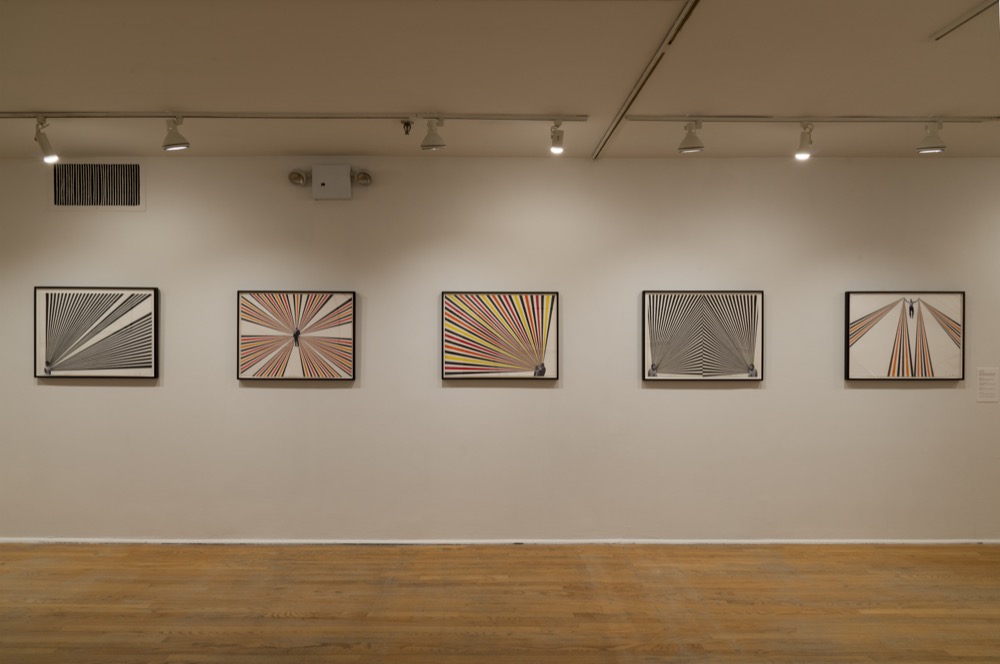 Beyond simply drafting radial beams out from his icons, Gatson’s compositions cleverly connote the social and political atmospheres in which each individual figure was situated (and the context in which the chosen photos were taken). In Elizabeth (2016), Gatson appropriates a cut-out image of Elizabeth Eckford, one of the first black students to attend classes at a formerly segregated school in Arkansas. In Gatson’s composition, the black rays oust the jeering mob depicted in the original photograph and magnify Elizabeth’s courage by manifesting the path to the school that she walked. Occupying the greater part of the composition, Gatson’s lines address the enormity of the obstacles Eckford faced.

A few of the works in the exhibition are “double portraits,” such as Double Miles (2009) and Double Stokely (2016), in which the left and right sides of the composition mirror one another. The loud rays emitted from Miles Davis’s trumpet echo across the page, while the interlocking lines propelling from Civil Rights activist Stokely Carmichael’s raised fist and microphone feel more vociferous in their convergence. Apart from this formal device, the double image serves to complicate the subjects depicted and visually represents a transformation undergone by the figure. 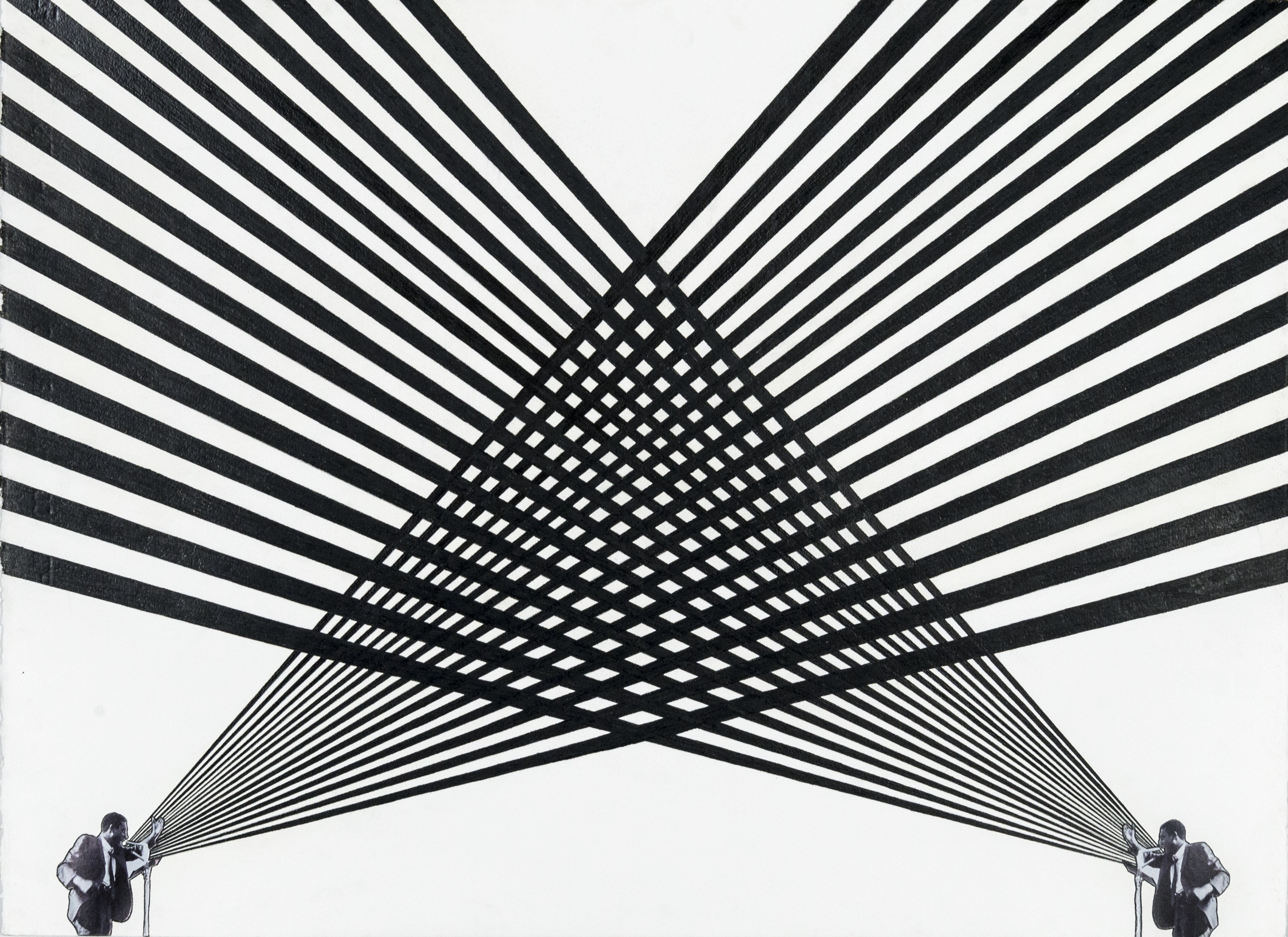 Aside from the histories they celebrate, Gatson’s portraits are deeply arresting in their material qualities. The densely applied marker and color pencil lines that comprise emanating rays of black, orange, yellow, red, and some green, reference the colors used by the Pan-African movement. Each work also holds a synaesthetic character; the lines reverberate with a buzzing noise, as though the colors correspond with a particular vibration, tone, or key. In Dizzy (2012), for example, colorful rays pulse outward from the bell of Dizzy Gillespie’s iconic bent trumpet with a triumphant sonority. By alternating between white space and bold, colorful lines, Gatson adds tension to his works that maximizes the animation in each of his compositions, paying homage to the legacy of each of the influential figures he represents. 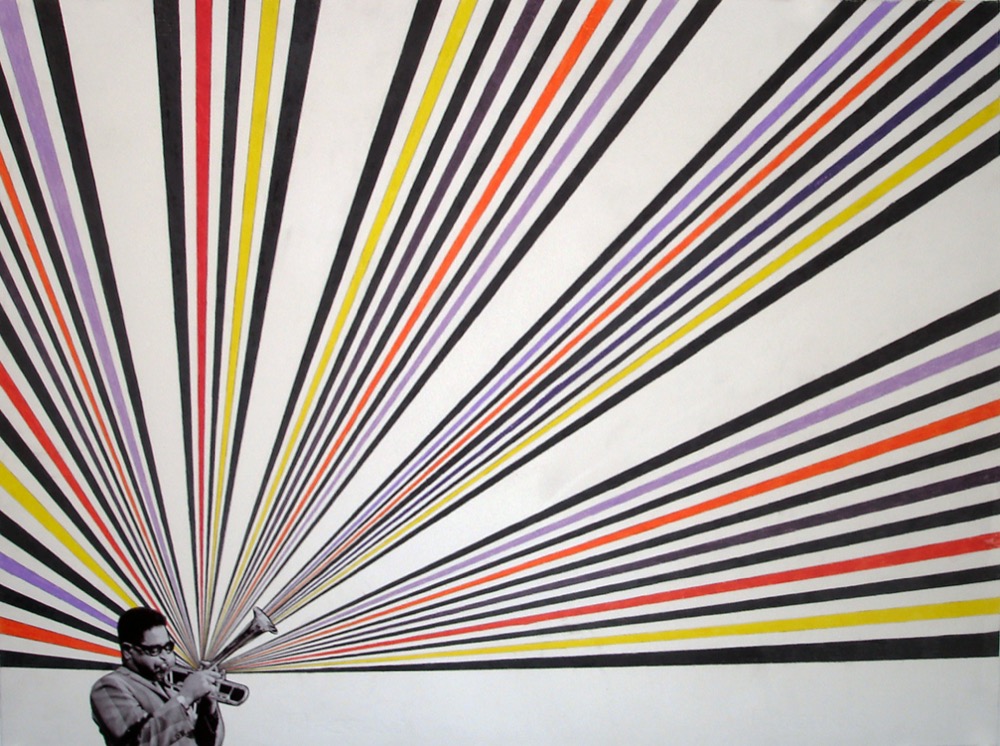 Gatson’s Icons assertively evade and subvert formal art historical categories, and the style of radiating lines has a greater function than simply adding emphasis to the central figure. The figures whose images Gatson appropriated for Icons need no added emphasis—each left their own definitive mark on American culture, and Gatson’s drawn lines underscore this impact.

The Studio Museum’s presentation of Rico Gatson: Icons 2007–2017 generates a space of resonance and reverence for African American voices, minds, and spirits that pushed through the Civil Rights Era into Black Power and beyond. Gatson’s works are personal icons that expressively radiate meaning while actively drawing viewers into a collective history of black excellence, joy, funk, and celebration of black identity.

Rico Gatson: Icons 2007–2017 was organized by Hallie Ringle, Assistant Curator, and is on view at The Studio Museum in Harlem through August 27, 2017.