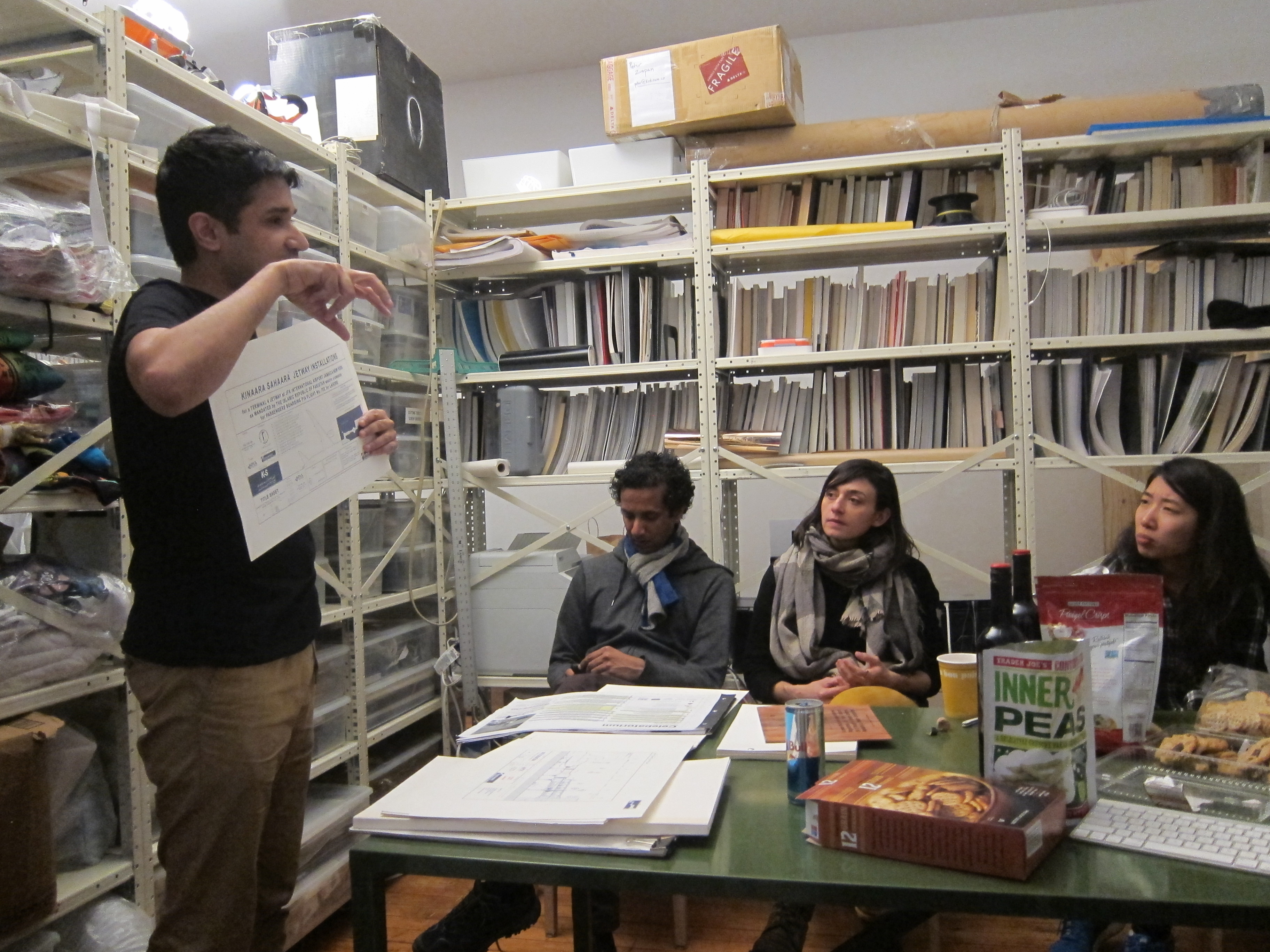 Mustafa Faruki speaking to Open Sessions artists in his studio.

Mustafa Faruki is an architect and founding partner of theLab-lab for architecture, a practice concerned with completely reinventing the potential outputs of architectural design. Mustafa studied Architectural Design at Columbia University, and uses the language of architecture (i.e. drawing, modeling, mapping, blueprints) as his primary means of addressing issues of social inequality, alienation, and the politics of desire and its repression. 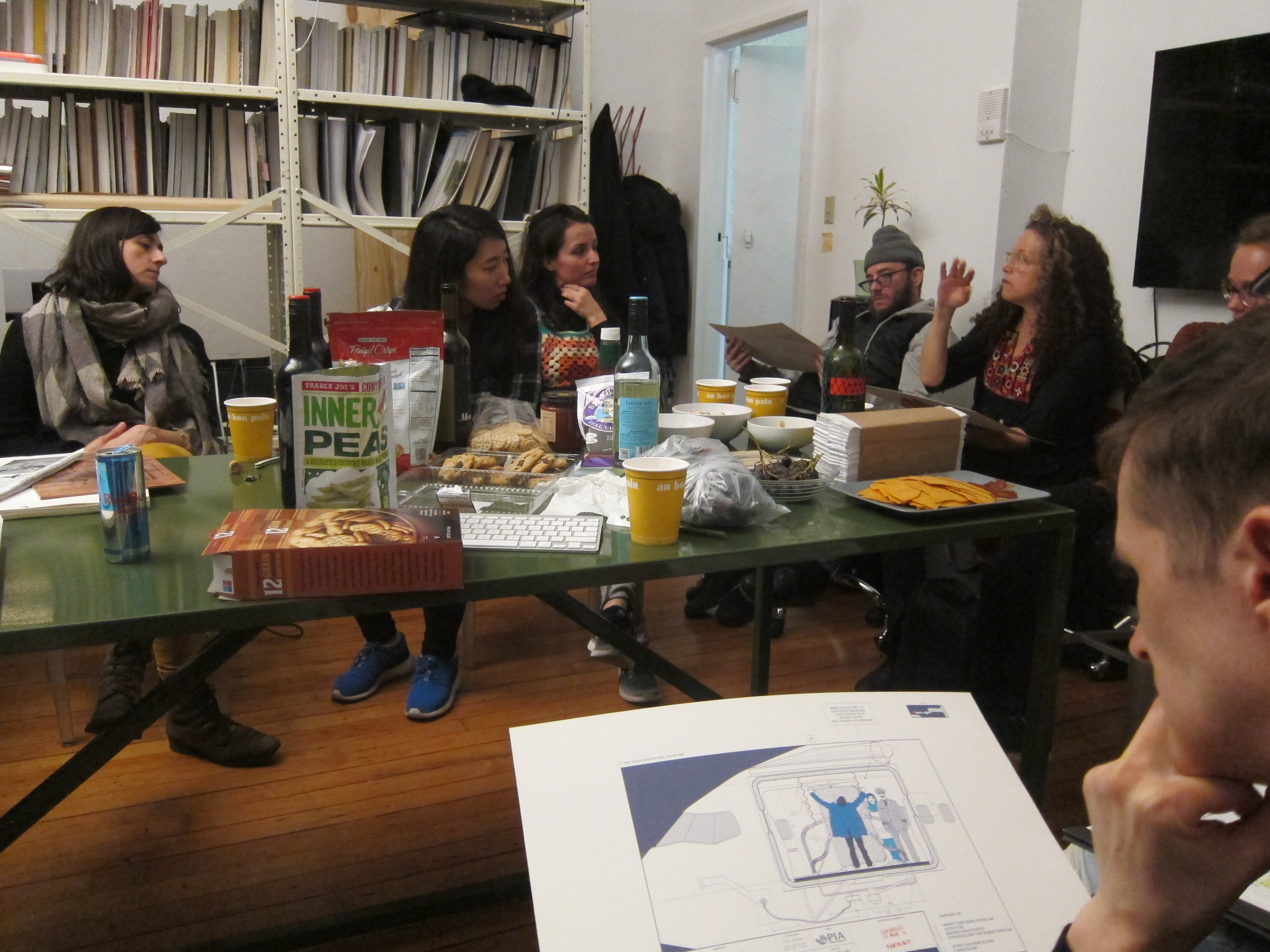 At his studio, Mustafa showed us drawings from a recent series called terminal 4 jetway, a project that reimagines a redesign of JFK International Airport as managed by the Islamic Republic of Pakistan. Although the content of the drawings is dark in its implications, they present a delicate balance of humor, irony, objectivity, and lightheartedness—topics of conversation throughout the night.

Below are a few quotes from the evening…

“The inspiration for this piece was that, if you’re going to Pakistan, you probably aren’t going to need condoms.”  — Mustafa Faruki 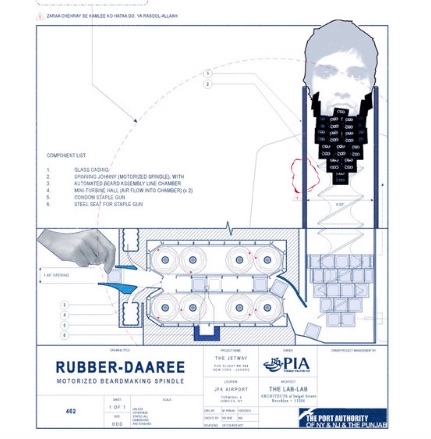 “I like the contrast between the dry, functional language of the drawings that resemble architectural blueprints, and the more personal themes they address… you don’t expect to see lust, or guilt in a drawing like that….” — Slinko

Drawing by Mustafa Faruki from his project ‘terminal 4 jetway.’

“The disjuncture between the humor and the clinical elements of your drawings reminds me of New York subways, which are so impersonal,  institutional, but simultaneously so human—they could never be separated from the deeply saturated layers of human filth.” — James Mercer 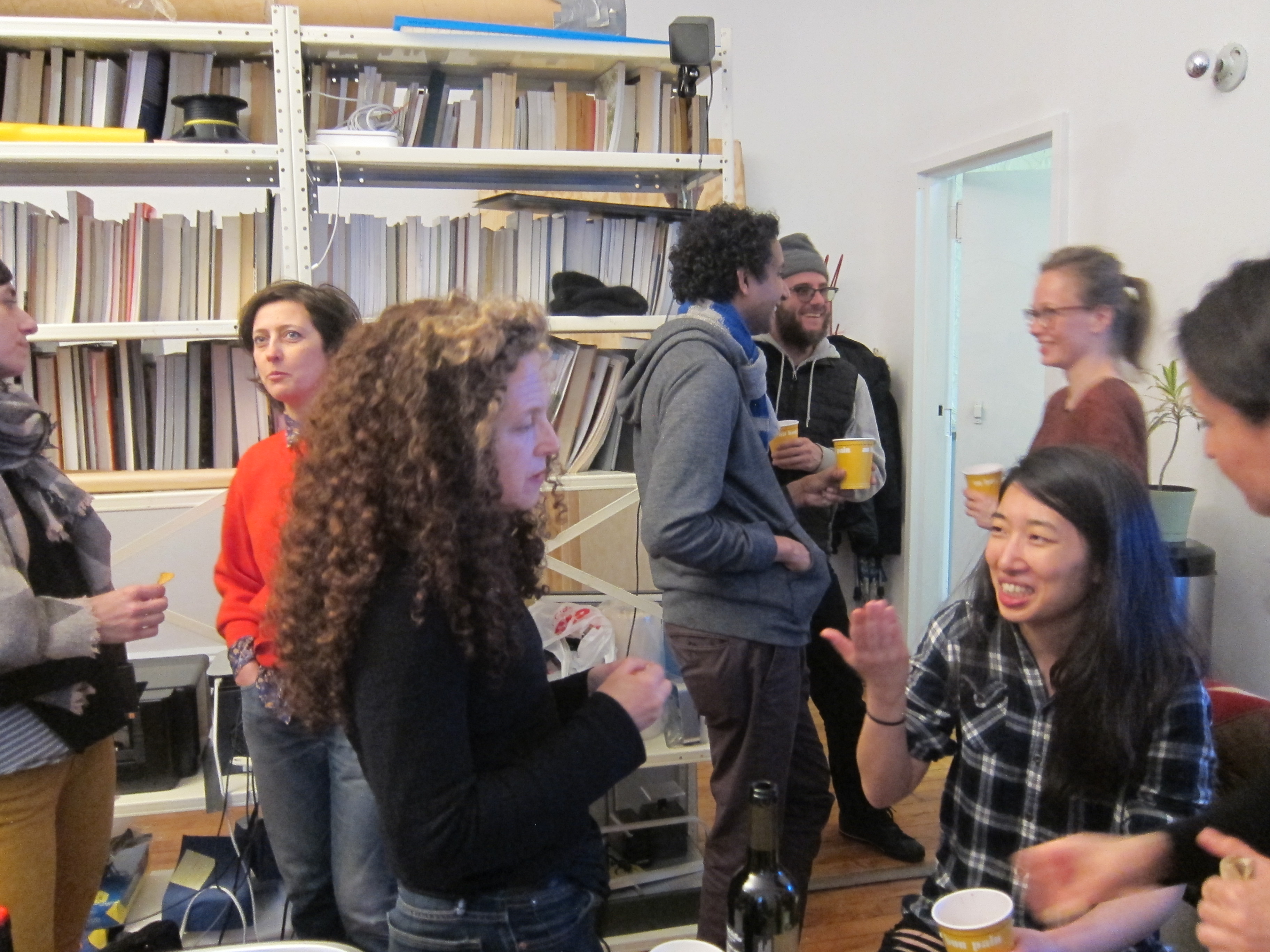 “If you want to tell someone the truth, you have to make them laugh, otherwise they’ll kill you.” — Oscar Wilde [OS Artist J.C. Lenochan offered this quote in relation to the potentially controversial subject matter and satirical nature of Mustafa’s works]

You can learn more about Mustafa’s work and view his recent projects on his website: www.thelab-lab.com