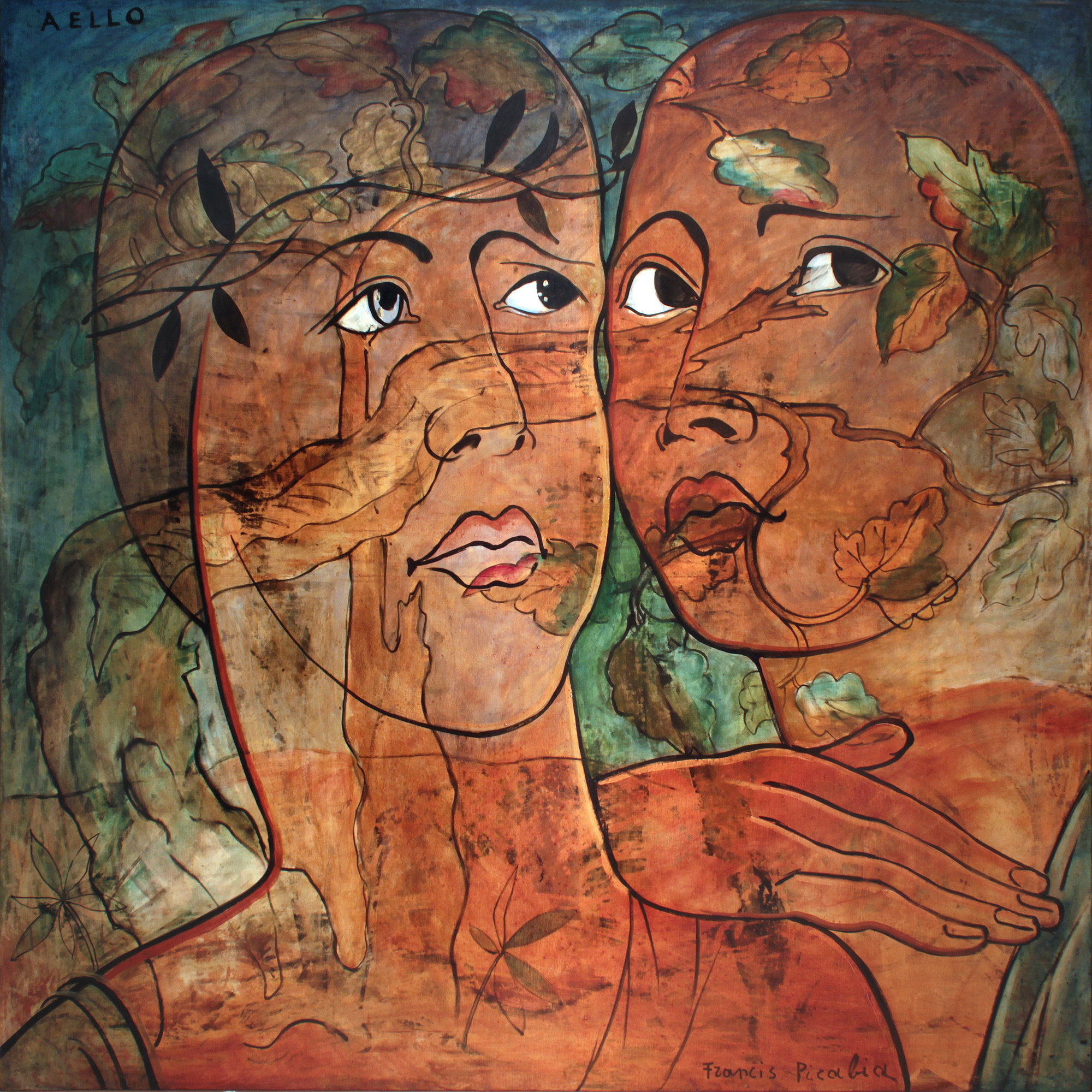 After visiting Francis Picabia: Our Heads Are Round So Our Thoughts Can Change Direction, on view at The Museum of Modern Art through March 19, it should come as no surprise to discover that the exhibition title is a quote by the French-born Picabia. Despite being considered among the great modern artists of the twentieth century, Picabia defied categorization during the more than fifty years that encompassed his career. Featuring over two hundred works, including paintings, drawings, printed publications, sound recordings, and a film, the exhibition explores the nature of Picabia’s constant shape-shifting oeuvre. The show serves as the first comprehensive survey in the United States of the artist’s influential work across media and provides an informative overview, through Picabia’s eyes, of how the history of art unfolded during his lifetime.

Born to a wealthy family in Paris in 1879, Picabia first gained notoriety in 1905 after creating paintings reminiscent of Impressionism. However, rather than working en plain air as in the movement’s tradition, Picabia worked from postcard photographs. In spite of his mastery of oil painting, knowledge that he was working from photographs shocked Picabia’s colleagues, not least of all his fellow painter Camille Pissaro. 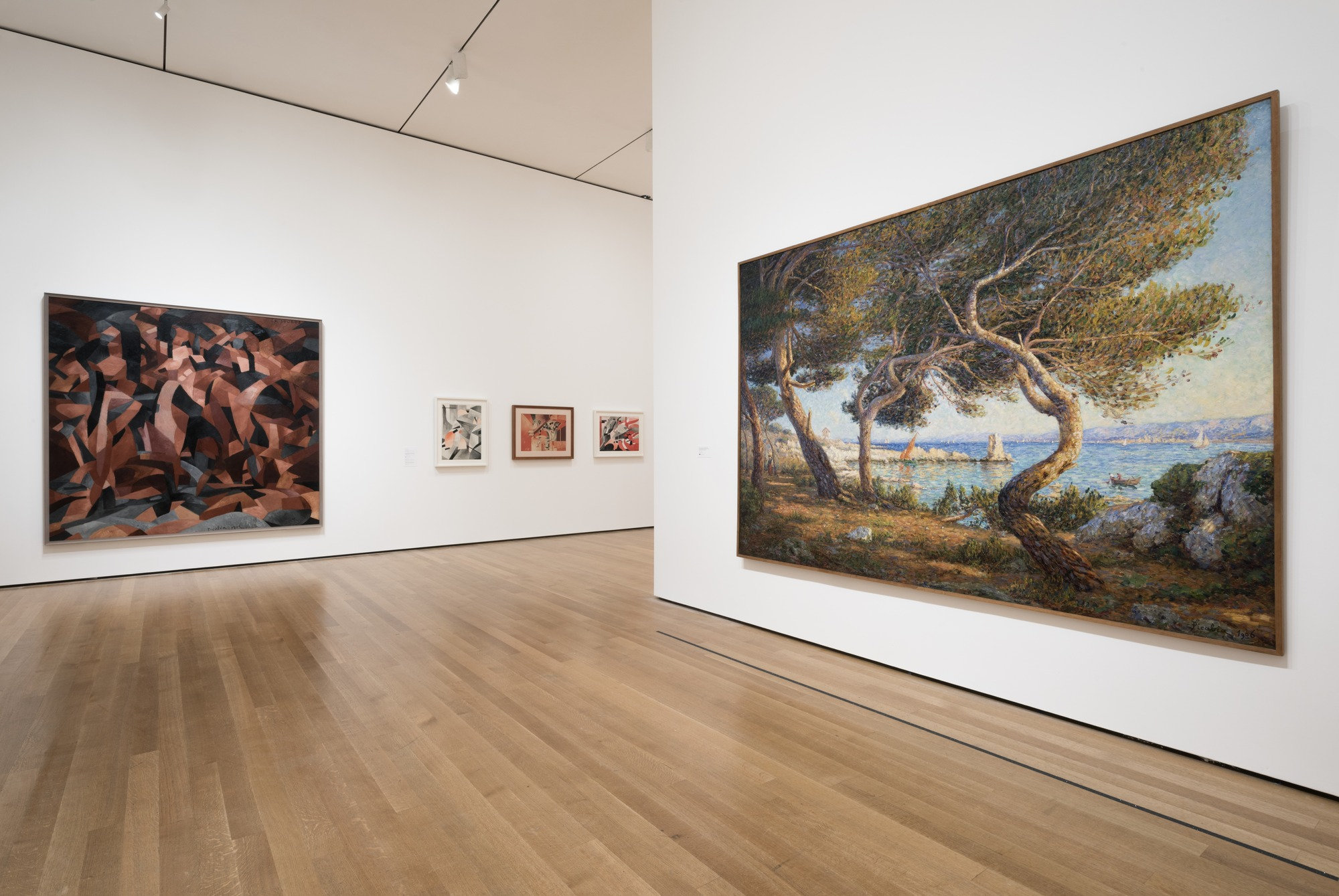 Installation view of Francis Picabia: Our Heads Are Round so Our Thoughts Can Change Direction. The Museum of Modern Art, New York.

Picabia, continuing career-long detachment to a specific movement, became acquainted with Picasso around 1910, and this friendship influenced several of Picabia’s Cubist paintings during the years 1912 to 1914. Large canvases like Dances at the Spring (1912) may look chaotic at first glance, but close inspection reveals figurative forms and a disquieting order amidst the tumult. This dramatic shift in style during this period demonstrates the way Picabia engaged with and reacted to the art movements that unfolded during his lifetime. 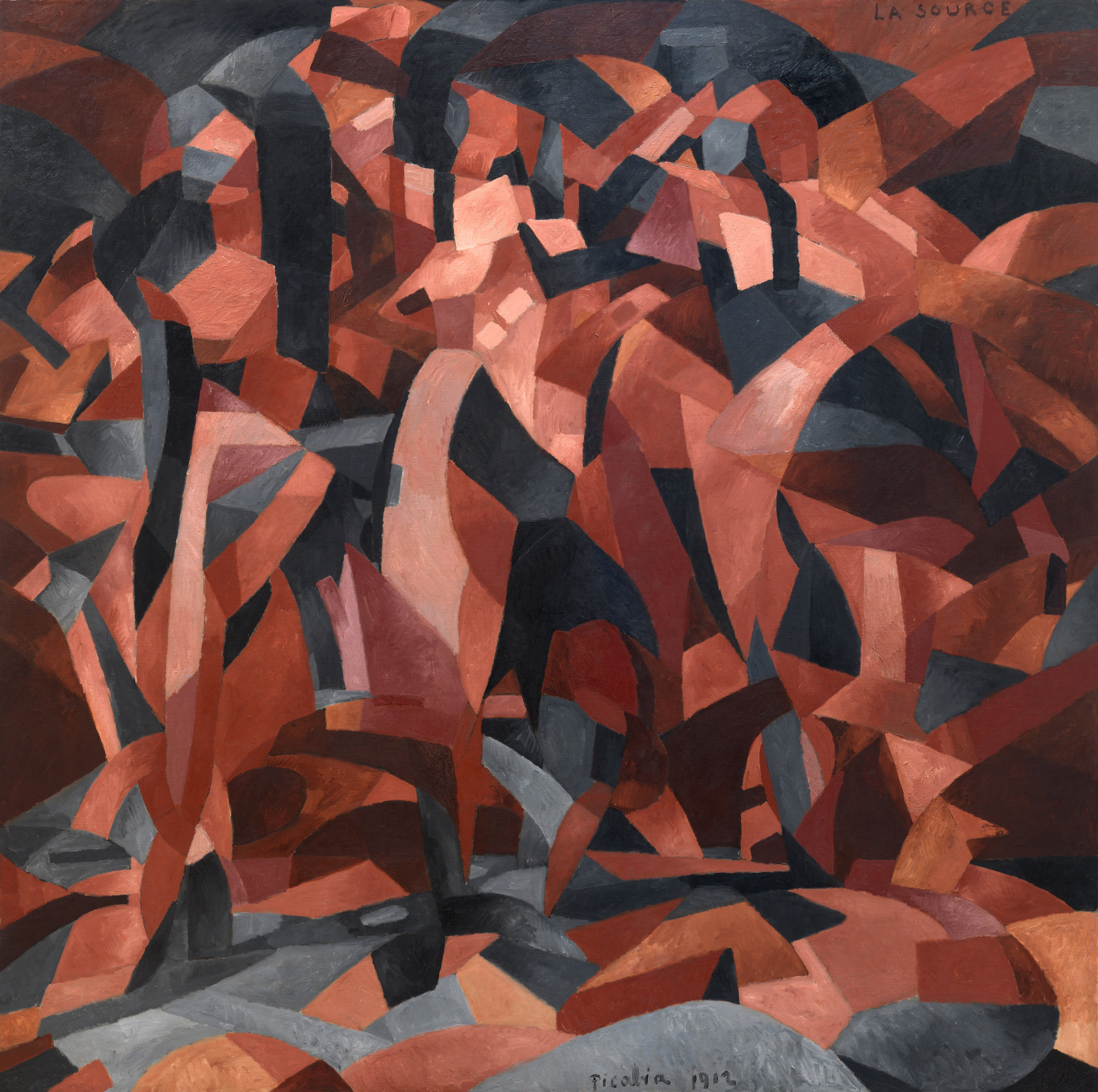 Picabia avoided conscription during World War I by seeking exile in New York, Barcelona, and Switzerland. While in Zurich, Picabia, who was critical of the war, was drawn to the like-minded circle of artists and writers that surrounded Tristan Tzara, a founder of Dada. During this time (1915–1922), Picabia wrote poems, designed and published journals—founding, for instance, the literary magazine 391 in Barcelona—and drew and painted “mechanomorphs”: witty portraits that resembled machines. Accompanying an extensive collection of works on paper in this room, visitors can listen to Picabia’s only musical composition, The American Nurse (1920), which was first played at the iconic Festival Dada Paris in May of 1920.

Rejecting the post-war return to classical representation, he began using commercial enamel paints, such as Ripolin, and created works that poked fun at the widespread renewed interest in figurative drawing. In 1925, after relocating to southern France, Picabia began creating a series of paintings that were dubbed the Monster Series by the artist Marcel Duchamp. Heavily-worked canvases in this series, such as Idylle (ca. 1925–27) depict figures with exaggerated features. Figures in the Monster Series, which Picabia drew from sources such as Renaissance paintings, Catalan frescoes, and popular culture, mocked the concept of high taste that was venerated in Parisian society. 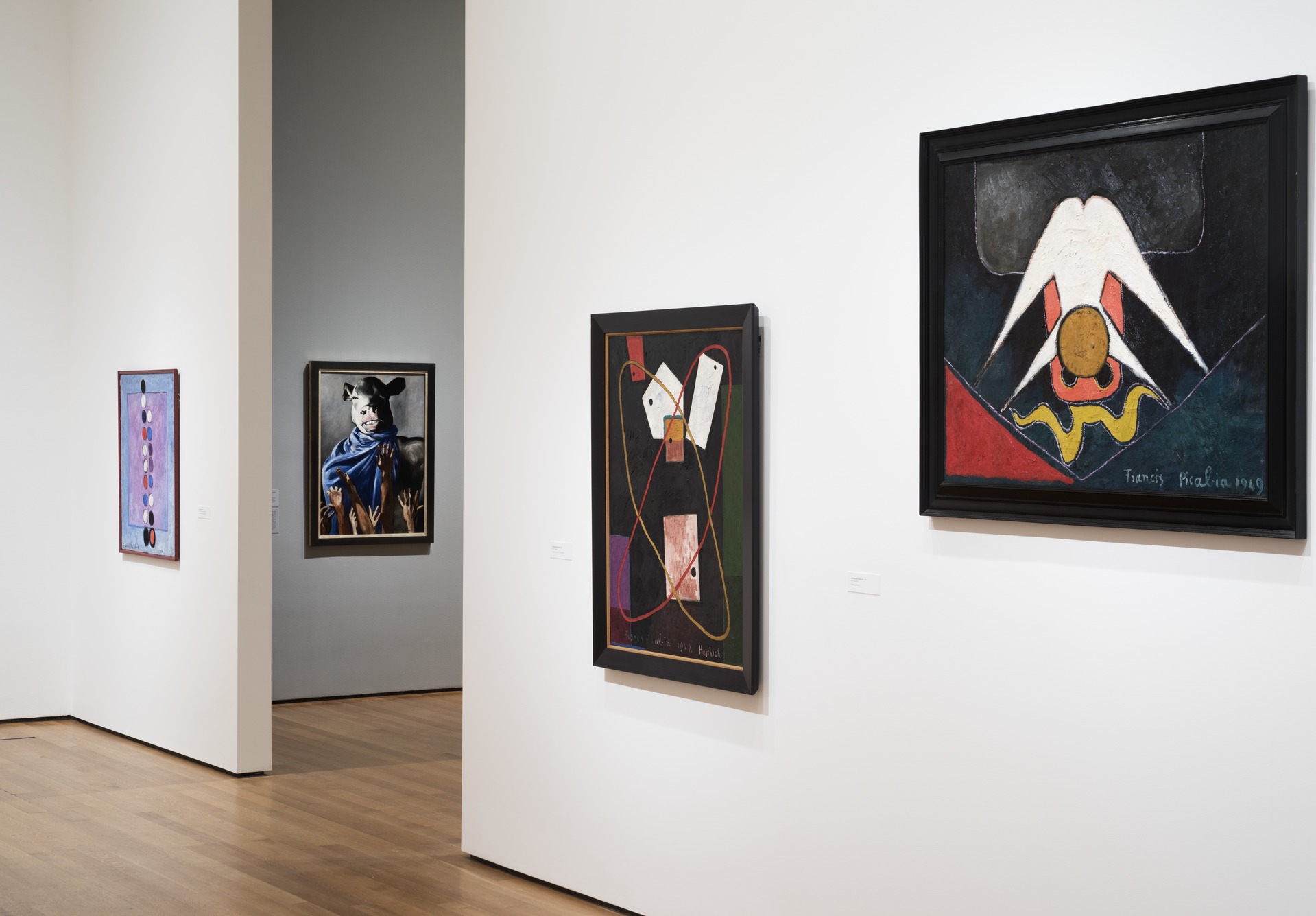 Installation view of Francis Picabia: Our Heads Are Round so Our Thoughts Can Change Direction. The Museum of Modern Art, New York.

Despite suffering from a stroke in 1951, Picabia painted throughout his final years. His last works are featured at the close of the exhibition. It is tempting to read Picabia’s relentless juggling of styles as a sign of mere rebellion, yet, viewed in its entirety, his oeuvre shows consistencies, such as a strong conviction to blur distinctions between figuration and abstraction, high art and kitsch. By reacting to the shifting zeitgeist of his time, Picabia forced audiences to expand limits of taste and convention, and his artworks have the potential to change the way we think about the history of modern art.

Francis Picabia: Our Heads Are Round So Our Thoughts Can Change Direction is on view at The Museum of Modern Art, New York through March 19th.