Last Thursday, the artists of Open Sessions 9: Cartography of Ghosts organized a program with three presenters to reconsider the role of architecture in demarcating social conditions and power dynamics, redefining it as a malleable arrangement of relations between structure and the human body. 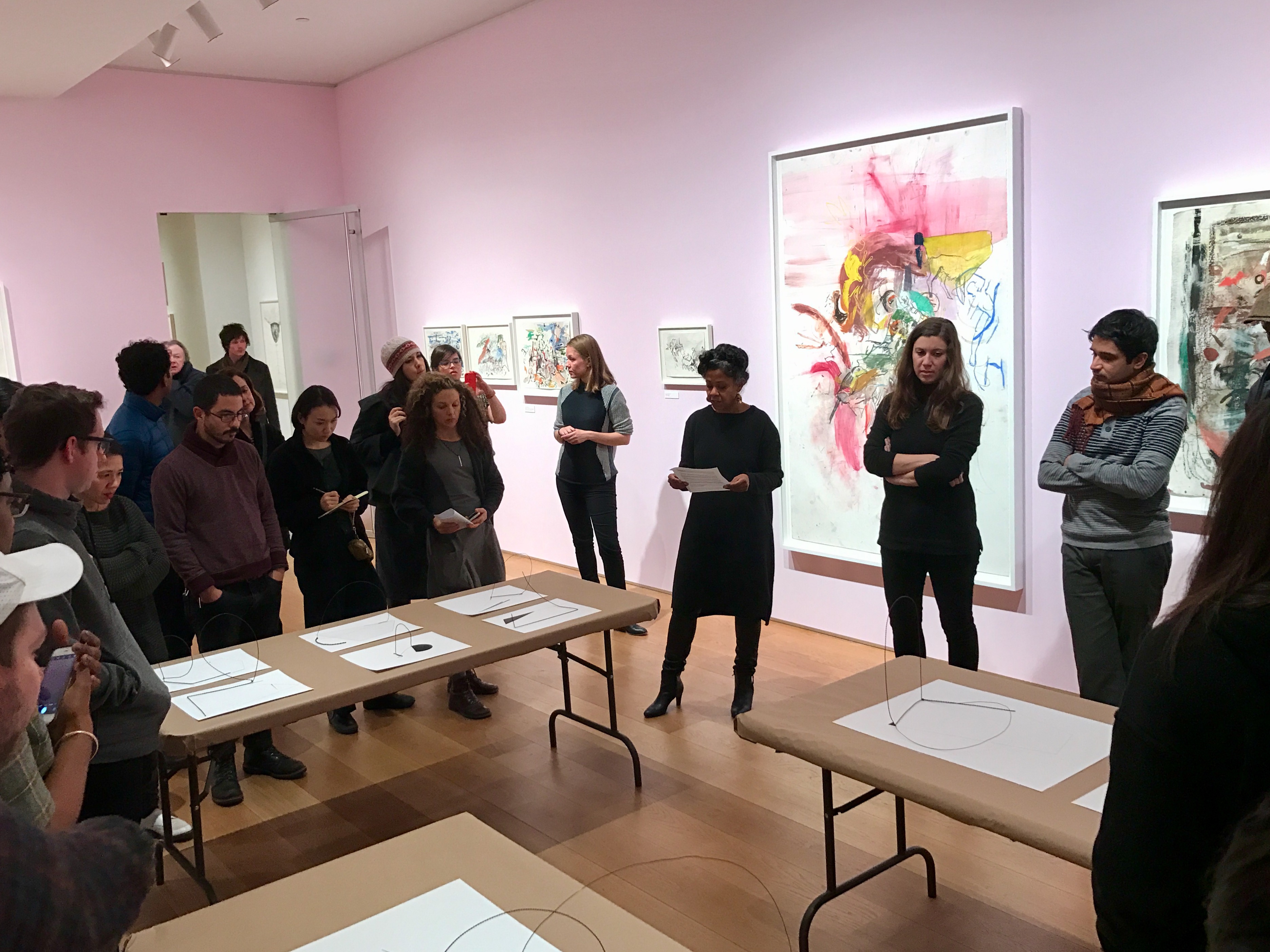 Torkwase Dyson uses the curves and edges of geometry in her drawings to signify the body’s entanglement with architectural spaces. These geometric shapes serve as signifiers of history of slavery, systematic disenfranchisement, and the continuing notion of fugitivity in fiction and reality. The amalgamation of these signifiers creates an idiosyncratic language, narrating different relationships between the body and the spaces that it occupies. Condensing historical narratives of slave escape and critique of present day state-sanctioned racial demarcations in housing, Dyson arrives at abstract shapes to show how spaces are defined by conditions of power. Through her ongoing project, The Wynter-Wells Drawing School for Environmental Justice, Dyson hopes to create a dialogical and pedagogical social practice where people can collectively strategize how to reconstitute space into a new narrative. 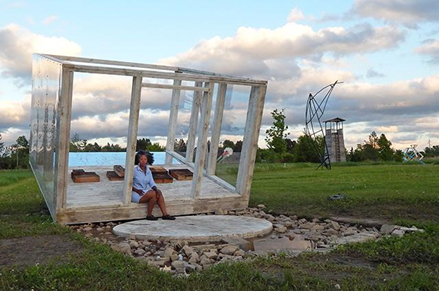 Torkwase Dyson, a 2014 Jerome Fellow, with her sculpture Site on Sight, a re-imagining of the Door of No Return at the Elmina Slave Castle in Ghana.

Focusing on the wall as a hegemonic barrier that contains and delineates spaces such as prisons and private property, Chat Travieso illustrates fictional scenarios of human interaction with the wall to undermine its status as a barrier. His handbook for poetic (re)action to the wall, 101 Ways to Subvert a Wall, shows a collection of playful strategies, including physical alterations such as an excavator literally lifting up a portion of the wall, or turning back time to when the wall did not exist. Travieso invited the audience to draw on templates of walls to brainstorm together how to humorously transform a wall from a barrier separating spaces into an interactive social space. 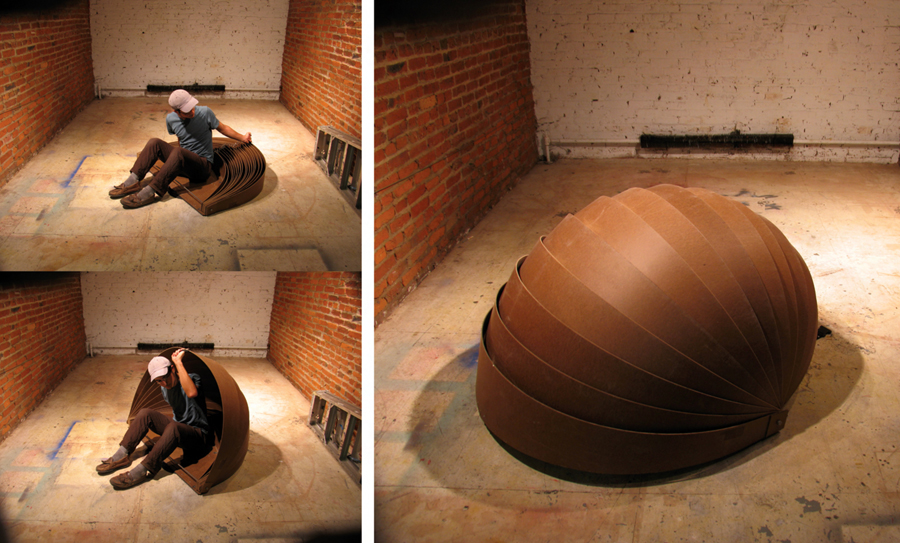 Activating an existing architectural space through human interaction, Kabir Carter explored the Drawing Center’s underground Lab space with a microphone to reawaken the space’s sonic presence. Tracing inconspicuous parts of the Lab that, such as the gap between the stairs and the wall, the space beneath the stairs and between individual artworks, Carter lets the architecture reverberate and assert its own presence. Varying from elongated meditation to lively fluctuation in pitch, the unfamiliar frequency bandwidth externalized the interior sonic composition of the architecture. 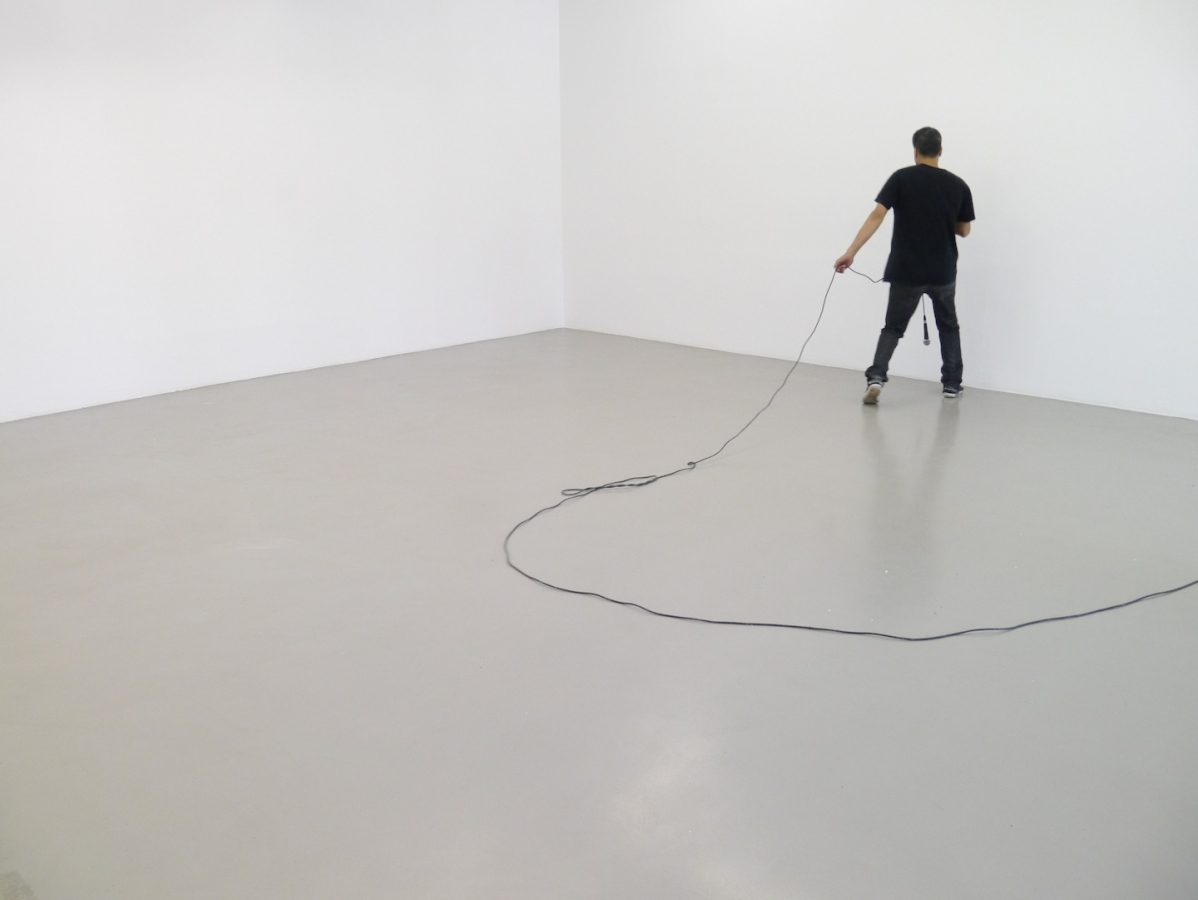 Using different methods of drawing to trace the history of architecture as a hegemonic structure, the artists redefine the relationship between architecture and the body as one of of codependency.