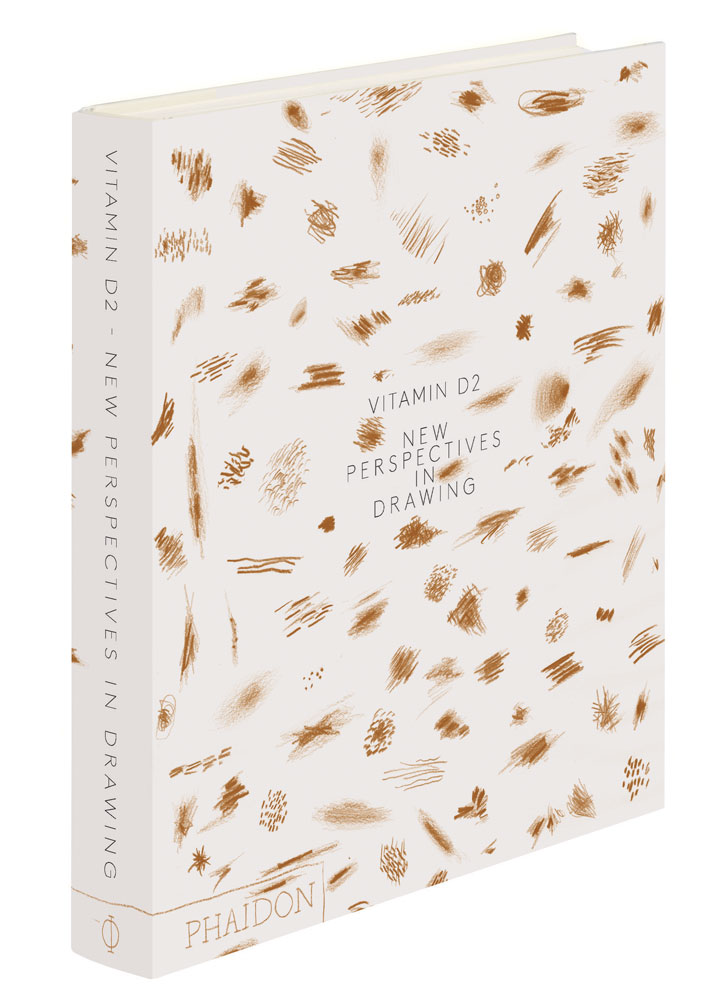 In May 2013, art book publisher Phaidon released Vitamin D2: New Perspectives in Drawing, a sequel to their 2005 publication Vitamin D. Aiming to present an “up-to-the-minute” survey of the practice of drawing in global contemporary art, Vitamin D2 is filled with over 500 beautiful reproductions of drawings. Claire Gilman, Curator at The Drawing Center, was one of the nominators for the publication’s selection of artists, and a contributing writer to the collection of insightful texts that accompany each contributing artist’s spread.

Most recently, Ignacio Uriarte’s intricate BIC pen drawings, inspired by the aesthetics of the office, were featured in Ignacio Uriarte: Line of Work  in early 2013. In conjunction with the exhibition, Assistant Curator Joanna Kleinberg Romanow interviewed the artist about his 21-minute film The History of the Typewriter recited by Michael Winslow, which can be read on The Bottom Line here. 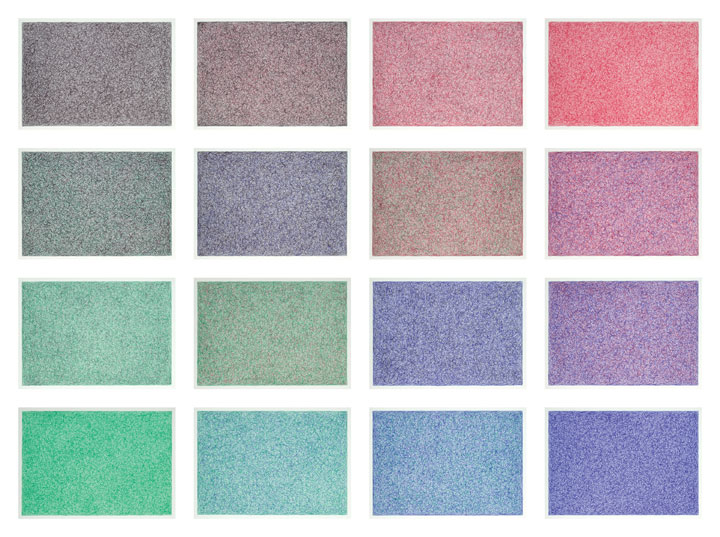 Back in 2010, Claudia Wieser’s abstract colored pencil drawings on colored paper, which are stunningly reproduced in Vitamin D2, were on display in the solo exhibition Claudia Wieser: Poems of the Right Angle . This first museum exhibition in North America for the Berlin-based artist was installed in The Drawing Center’s Drawing Room. What was remarkable about this exhibition was not only the artist’s series of line drawings, but also the geometrically patterned wallpaper that formed an immersive backdrop for her sensitive, spiritual works, as well as a nine-foot prismatic wall relief constructed of glazed ceramic tile and mirrored facets. 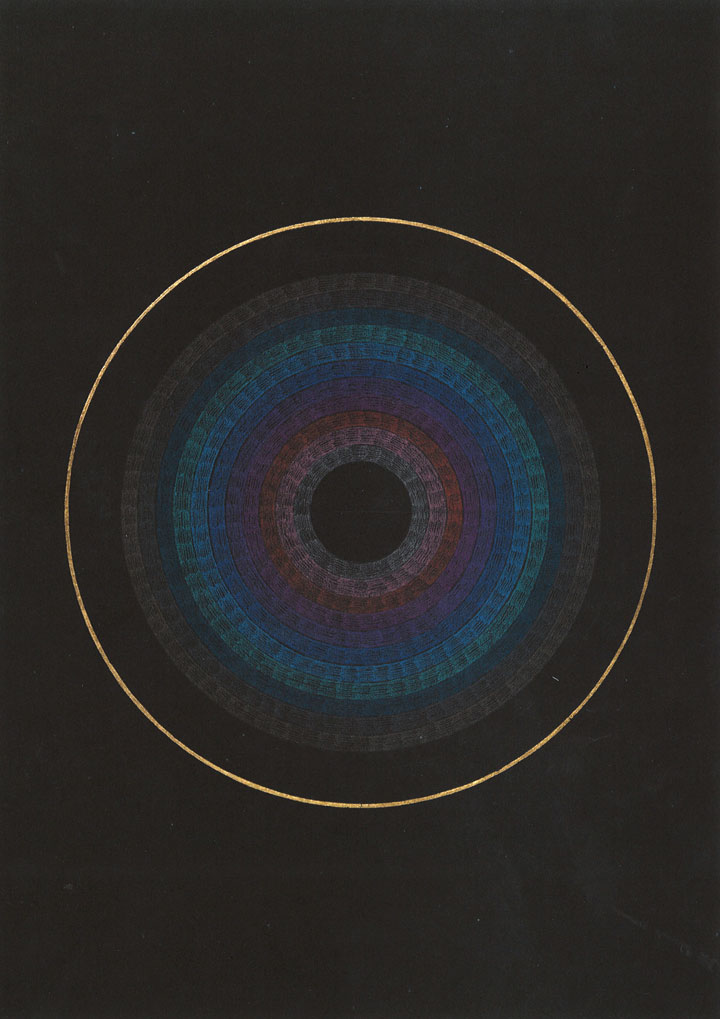 Also featured is the work of Hangzhou-based artist Sun Xun, whose technical proficiency in multiple materials brings great depth to his ambitious animations that were first inspired by the work of William Kentridge. While the publication focuses on stills and installations created from 2010 onwards, The Drawing Center featured  two of his earlier videos in the 2009 exhibition Sun Xun: Shock of Time. The exhibition took its name from the artist’s 2006 animation playing out a series of vignettes about memory and the passage of time on the surface of Communist newspapers. His use of traditional Chinese painting and printing techniques is especially poignant, since these were the very same techniques that were vehemently rejected during the Cultural Revolution. 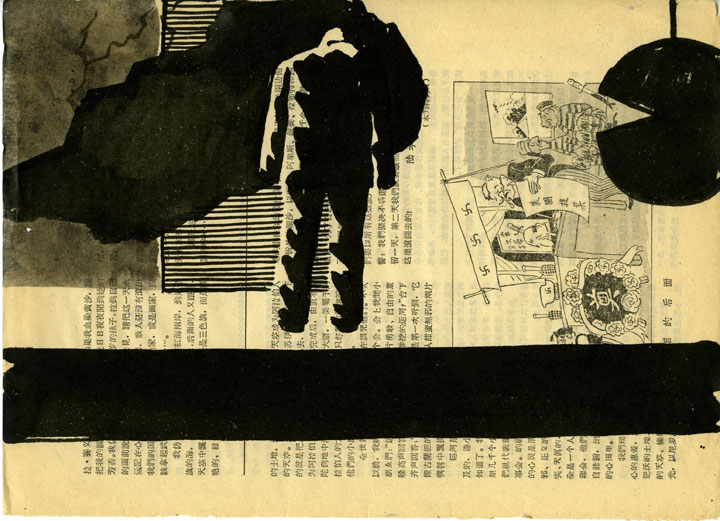 In his introductory essay to Vitamin D2, Christian Rattemeyer, Associate Curator of Drawings at MoMA, recognizes the growing tendency of contemporary artists to incorporate the act of photography and/or photographic images into their drawing practices: “clipping images from magazines, downloading images from the internet, or simply using the archive of one’s own digital images… points to the realities in which images are produced and consumed today” (11). In fact, three of the artists profiled in the book were included in The Drawing Center’s 2011 group show Drawn from Photography – Ewan Gibbs, Karl Haendel, and Paul Sietsema. The exhibition showcased 13 artists who use labor-intensive drawing techniques to translate photographic images procured through found media sources or their own digital snapshots.

Banal images of famous landmarks emerge from Gibbs’s systematic grids of identical markings, which unavoidably recall the aesthetic of pixels: 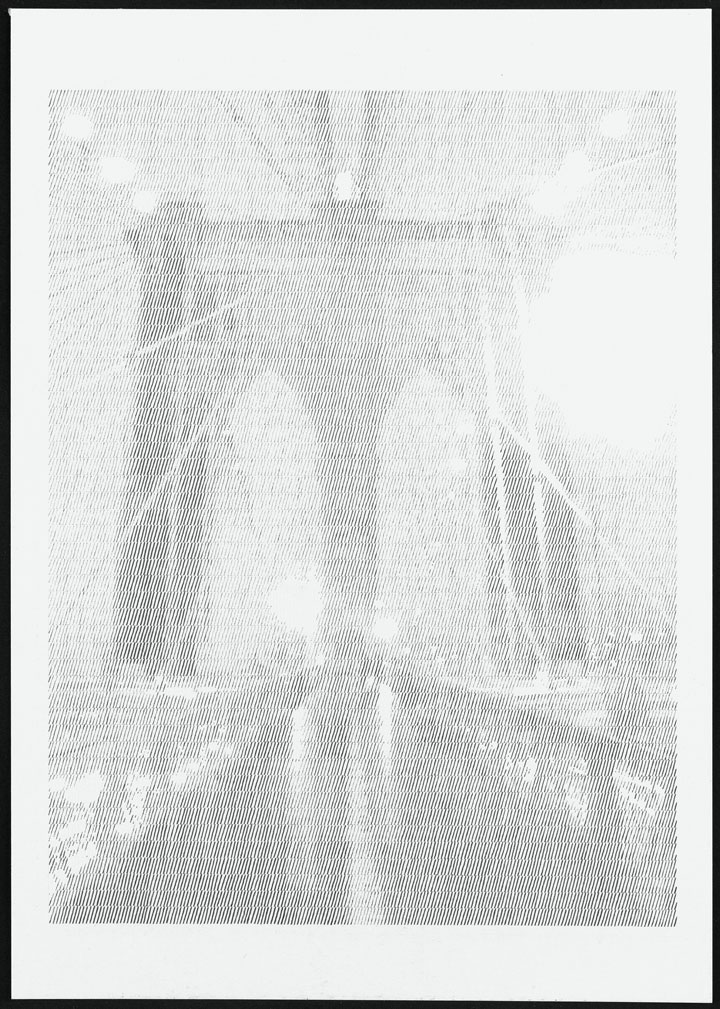 Part of Haendel’s oeuvre involves the translation of found photographs or newspaper clippings documenting political events on a monumental scale: 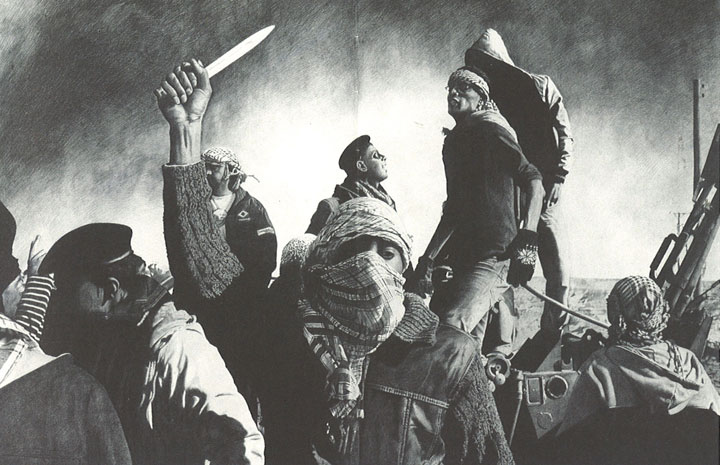 Sietsema possesses the ability to render textures to an almost impossibly accurate degree, creating disconcerting reproductions of papers and photographs: 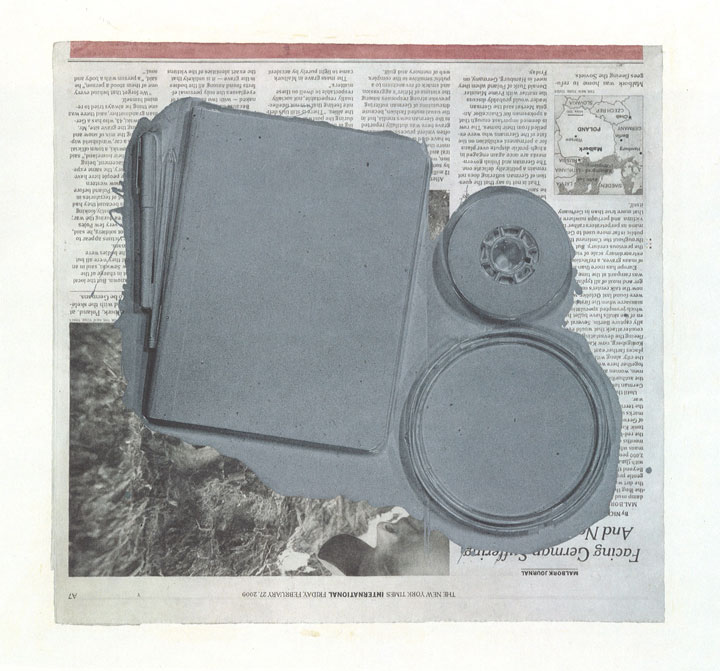 Of the other selected artists, Gosia Wlodarczak is a member of The Drawing Center’s Viewing Program, and our website’s Online Gallery has featured the animations of Tony Cruz Pabón, Matéo Lopez, and Ciprian Mureşan. In addition, J. Parker Valentine was invited to be part of the 2012 panel entitled “The State of Drawing,” held at Parsons The New School for Design and organized by The Drawing Center.

Looking forward, Deb Sokolow will be included in the group exhibition Drawing Time, Reading Time which opens in November 2013, while the works of Nicolás Paris and Rita Ponce de Leon will be seen in other forthcoming exhibitions at The Drawing Center. Many of the other featured artists have had longstanding relationships to The Center through generously donating work to support our benefit auctions and participating in the public discourse it supports around issues in contemporary drawing.

For more information on Vitamin D2 or to purchase the title, visit the Phaidon website.