Nicelle Beauchene Gallery presents a lively two-person exhibition through August 3rd introducing abstract woodblock prints by Jack Vickridge (b. 1984, Singapore) and wooden sculptural reliefs by Lizzie Wright (b. 1979, Lafayette, LA). While it doesn’t feature drawings in the traditional sense, the exhibition disabuses the idea that drawing is simply putting pen to paper, framing it instead as an open-ended act in which lines can be carved, etched, and incised. These works invoke many characteristics long associated with the drawn medium, namely its intimacy, its connection to the hand, its emphasis on repetitive labor, and its mapping of time and space.

Jack Vickridge creates each of his printing plates through a series of intricate folds and hard-edged scores that allude to a rigorous mark-making process. His manual patterning, particularly in works like Receiver (2011), with exposed masking tape residue, reflects a process-oriented approach to making works on paper that reveals the presence of the hand alongside painterly abstraction. With a palette primarily of pastels, each work is composed of repeating visual motifs—a circle in a square, concentric circles—that rise and fall across the background. The assemblages of color, form, and surface texture result in spatial abstractions that revise conventional interpretations of Modernist formalism. 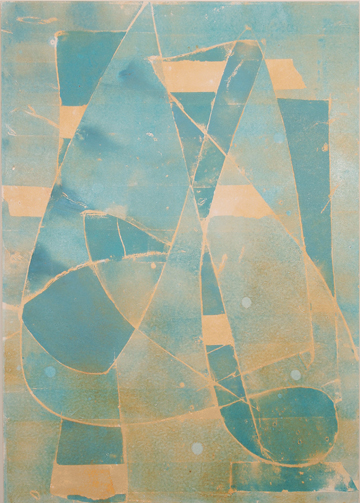 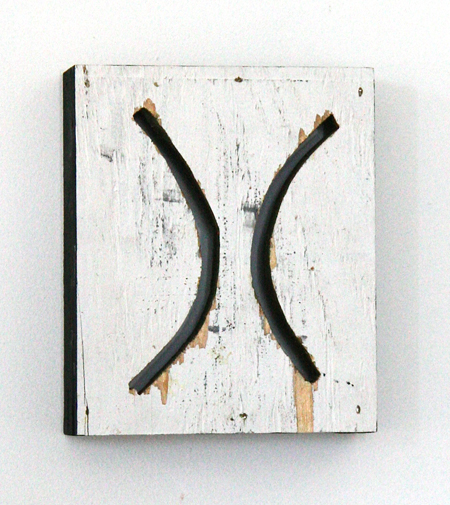 United by a shared interest in the primacy of abstraction as well as the materiality of wood, both Jack Vickridge and Lizzie Wright highlight the expressive possibilities of the line, with an emphasis on its making. To quote Vickridge: “I think that when I’m exploring a material, I’m trying to find ways of moving it away from its usual references.”[i] It is this desire that the artists in this exhibition revere.