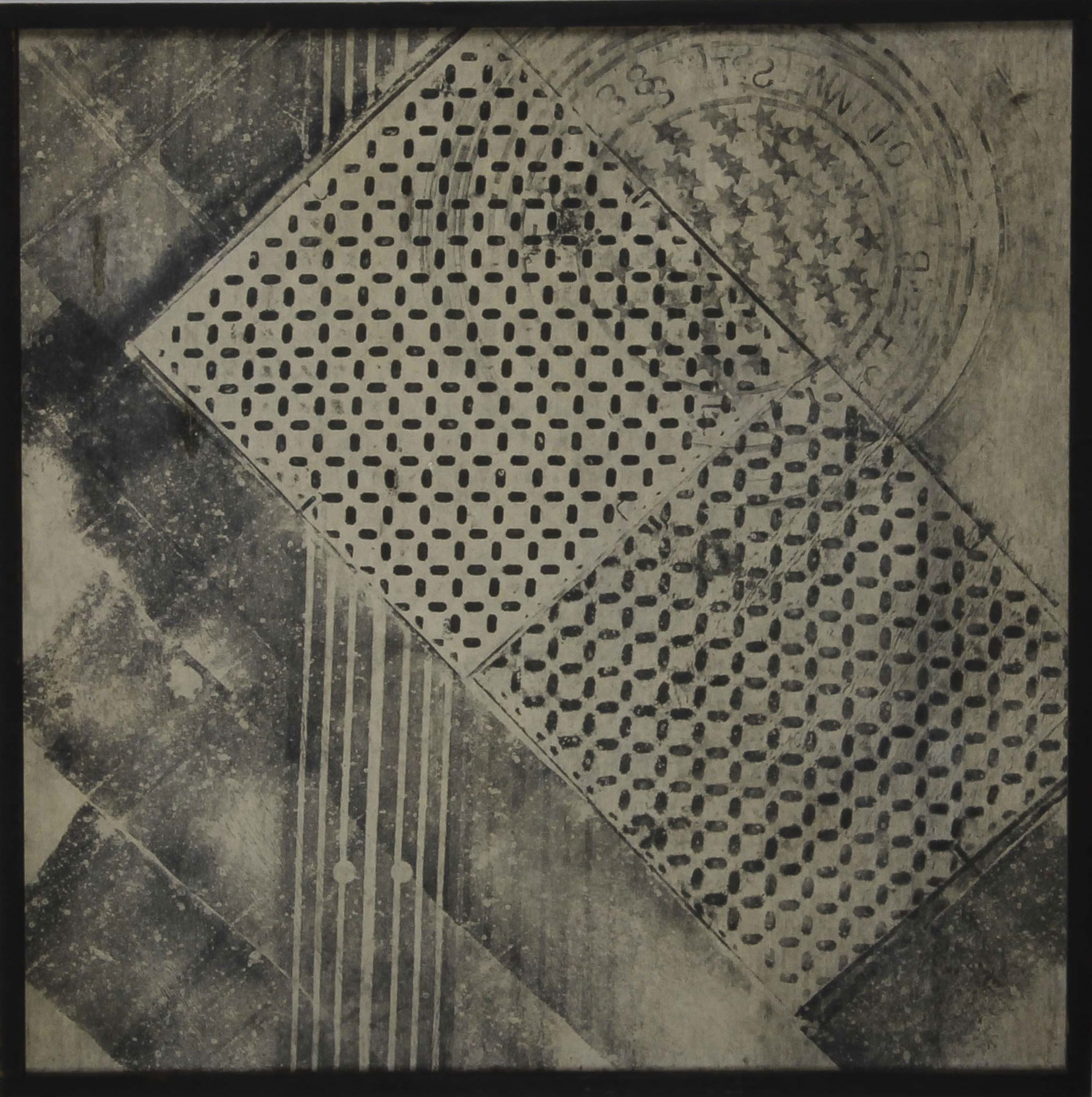 Although Sari Dienes was a central figure of the 1950s New York art world, her contributions to the arts have been overlooked for decades, relegated to the status of a footnote within select scholarship on the development of postmodernism. In fact, this is precisely how we stumbled upon Dienes ourselves: as a footnote to Jasper Johns’s early career. Eager to learn more about this mysterious figure with whom Johns worked when he first moved to New York in 1953, we tracked down the Sari Dienes Foundation in Pomona and scheduled a visit. The foundation holds the majority of Dienes’s work from a career spanning almost eighty years. Hundreds of rubbings, prints, drawings, assemblages, and photographs witness not only Dienes’s productivity, but also her relationships with generations of influential artists, writers, poets, and dancers. We were particularly struck by the transfer drawings she created between 1953-55. In addition to their evident aesthetic power (the grandiose size, gritty texture, delicate materiality, and visual elegance), these urban rubbings acutely reflect a specific historical moment: the transition away from Abstract Expressionism’s dominance toward figuration, indexicality, and found objects. The current proliferation of rubbings across galleries from London to New York to Los Angeles demonstrates the lasting appeal of Dienes’s innovative approach to mark making.

Many contemporary artists create urban rubbings in a manner akin to Dienes’s work in the 1950s. Dienes first learned the technique in the 1930s from Max Ernst, the artist most closely associated with frottage. Yet while the German surrealist used the process to uncover subconscious images, transforming found textures into new imagetic metaphors like suns and forests, Dienes deployed frottage toward distinct ends. Rather than seek to alchemize extant objects into new ones, she revealed through graphic translation the abstract patterns and yet highly familiar objecthood of her subject: New York City streets. Like Dienes, many artists today use rubbing to create records of process, topographical translations, and archival documentation.

Elizabeth McAlpine, for example, bridged two indexical practices—frottage and photography—to examine neglected spaces and surfaces. In her Fall 2014 exhibition at the Laura Bartlett Gallery in London, she presented photographic objects produced by turning graphite rubbings of sidewalks into negatives, from which she created contact prints. Ingrid Calame turned her attention to the textures of pavement and tire tracks in two immersive wall drawings shown at James Cohan Gallery last winter. Calame encircled the four gallery walls in a kaleidoscopic palette that traced the skid marks of cars furiously racing around a speedway. Do Ho Suh’s current exhibition (it closes October 25th) at Lehmann Maupin of Rubbing/Loving Project, 348 West 22nd Street, Apt. A, New York, NY 10011, consists of large-scale transfer drawings that document every surface of the artist’s old Manhattan apartment; the fragility of the construction treats the room as a vulnerable, lost space conjured from a memory. Cyprian Gaillard makes rubbings of manhole covers, recording their mundane ubiquity while also imagining their potential capacity to serve as portals to another time or realm in his recent series Gates (shown in the last year at the Hammer Museum and Neuer Aachener Kunstverein).

McAlpine, Calame, Suh, and Gaillard are only a few of the artists engaging with rubbings, urbanism, and architecture today. The presence of their work in museums and galleries from London to New York and Los Angeles demonstrates the urgent need to reconsider Dienes’s practice and to trace the roots of contemporary rubbings. Dienes’s work may seem even more immediate and familiar to New York residents, who traverse every day the same subway grates, sidewalks, and manhole covers she displaced into graphic form in the 1950s. Her delicate urban frottages occupy a liminal position in time and space—between the 1950s and today, between pavement and the space of the pedestrian-viewer.

— Alexis Lowry Murray and Delia Solomons, Curators of Sari Dienes (At The Drawing Center through November 16, 2014)