Drawing Circle, a DrawNow! project, was a group drawing event on Governors Island last summer, led by artists and long-time friends Andy Deck and Valérie Hallier. The event was presented by The Drawing Center and the Lower Manhattan Cultural Council (LMCC) as part of the River to River Festival.

Valérie had gotten to know Governors Island as an artist in the LMCC studio residency program, and Andy’s work often incorporates drawing as a collaborative practice through Internet “drawing” software. In Drawing Circle, Valerie and Andy conceived of a project that would result in a panoramic visualization of historic Fort Jay—the oldest military structure on the island, built in 1794—through the joining of numerous individual drawings.

The result was an exhaustive visual study by a large group of people, each drawing the same given location from a different angle. This approach references Georges Perec’s Situationist-inspired text Attempt at the Exhaustion of a Parisian Site, in which he attempted to describe every observable detail in the Place Saint-Sulpice in Paris during a weekend in October 1974. 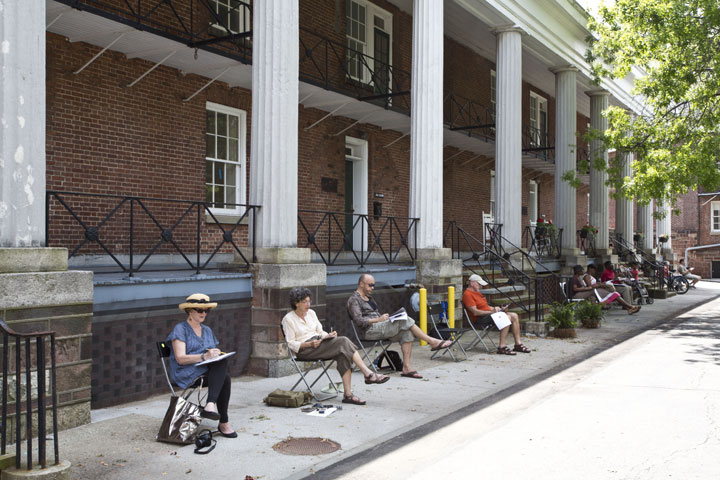 On June 24th, 2012, the participants of Drawing Circle took their seats along the interior perimeter of Fort Jay. Beginners and masters alike spent the afternoon collaborating and learning about New York history by using direct observational techniques to record their collective perceptions of the landmark.

The final composite imagery and documentation of the project  has now been compiled into a website, which you can view here. 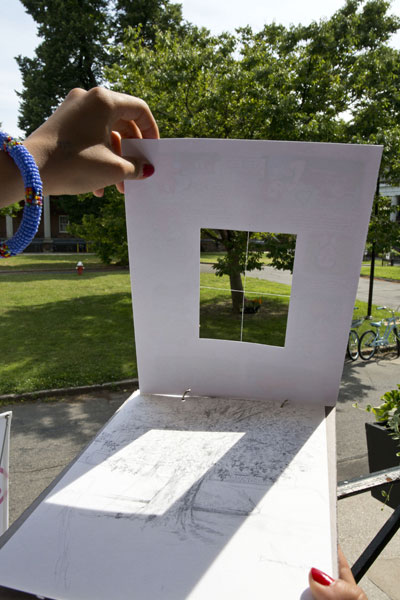