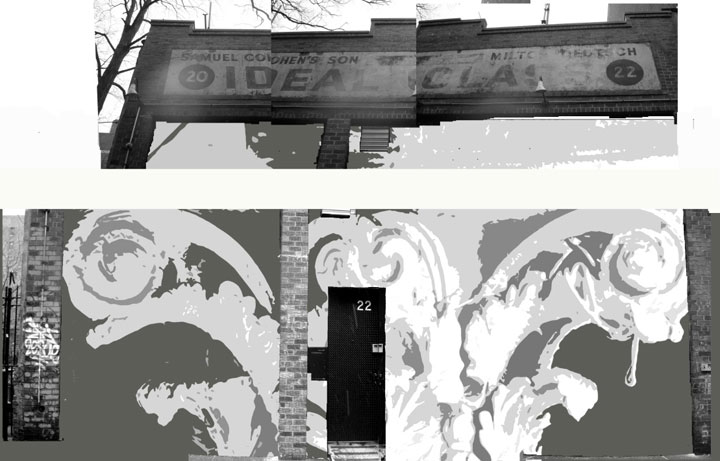 London-based artist Terry Smith recently visited New York for the first stages of planning Capital Revisited (working title), a public art project commissioned by The Drawing Center for the Ideas City Festival in May. Documentation of the project will be featured in an exhibition in The Drawing Center’s Lab Gallery in June.

In 1995, Terry carved a vast image of a column capital into a wall at the British Museum. Appearing in a space slated for renovation, the “wall cut” appeared as an embellishment, a defacement, a grand and temporary gesture all at once. 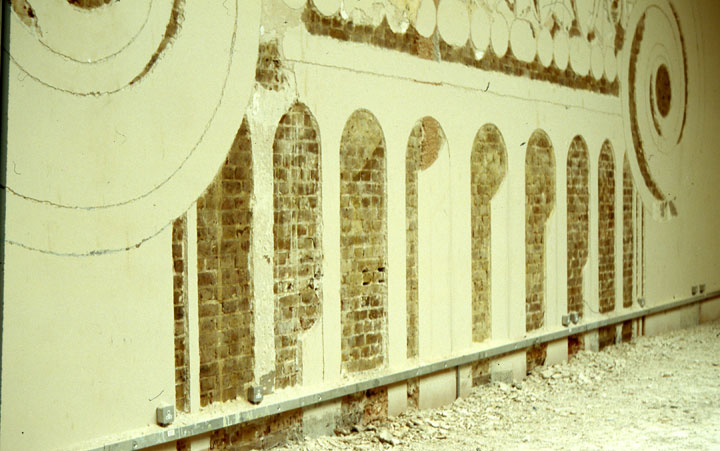 Terry Smith, Capital, 1995. Intervention in Gallery 49 at the British Museum. Image Courtesy of the artist. 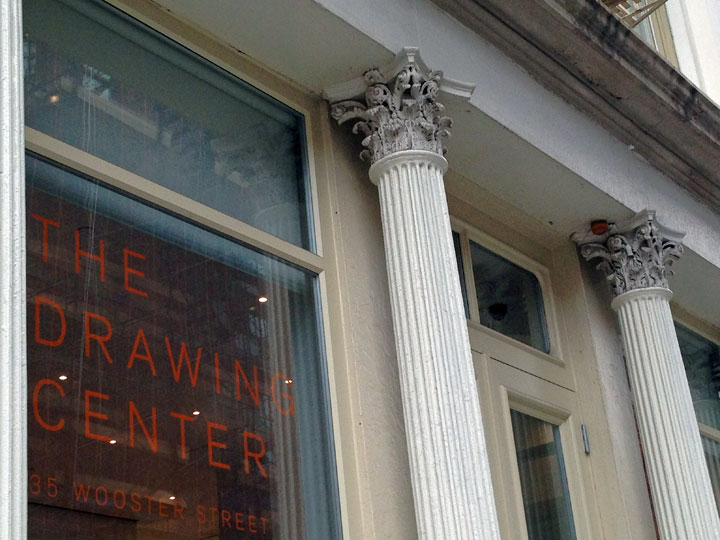 A view of The Drawing Center’s exterior column capitals, 2013.

Here in New York, he will create more wall cuts and other interventions at various sites around Lower Manhattan. This time, he began with the capital of a column at the front entrance of The Drawing Center. During our renovation, the capitals on the building’s exterior were found to be one of the original elements of the 1866 building, and were preserved after the construction was complete. Terry plans to reproduce this capital on surfaces around the city, from parks and street corners to alleyways and corner stores. Stay tuned for more information on specific sites—and walking tours with Terry. 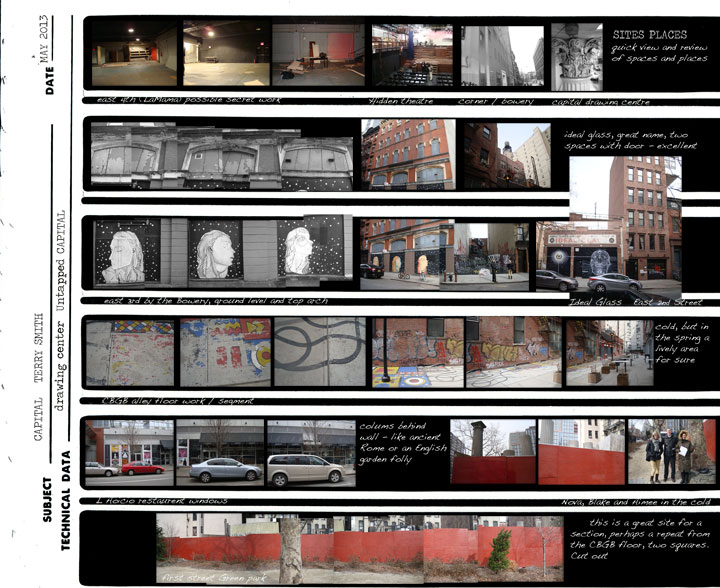