Complete with inkjet scans, stenciled pencil dots, and store-bought IKEA frames, Alexandre Singh’s installation at The Drawing Center might give the impression that he is a hands-off kind of guy.  Nothing could be farther from the truth.  In fact, his process is complex and tactile in nature. 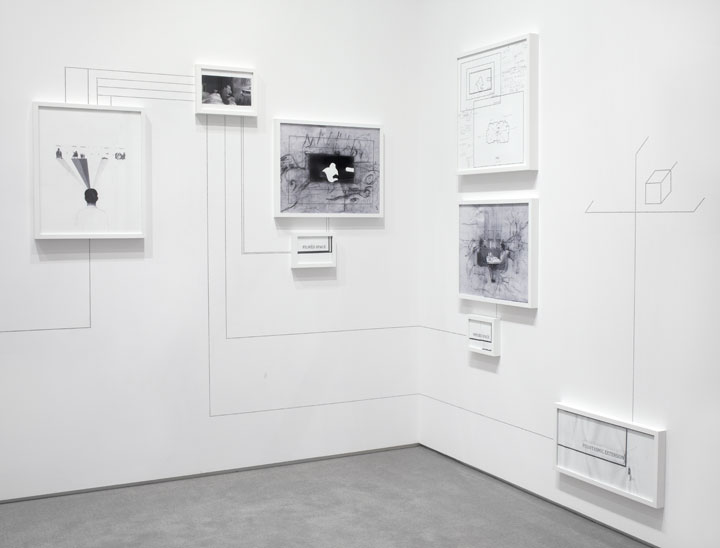 Just how involved it is became clear to me on a trip to his studio last spring.  What greeted me were not computer models and scanned renderings but rather piles of pencils, bits of paper, scissors, scalpels, and glue sticks—tools of the artist’s trade.  Tacked up to floor-to-ceiling cork board walls were differently-sized pieces of paper assembled together in obviously shifting and unresolved arrangements.  Since Alex never shows his original collages—but only their scanned reproductions—it was particularly illuminating to observe his behind-the-scenes approach.  Here’s a taste of what I saw in the studio that day: 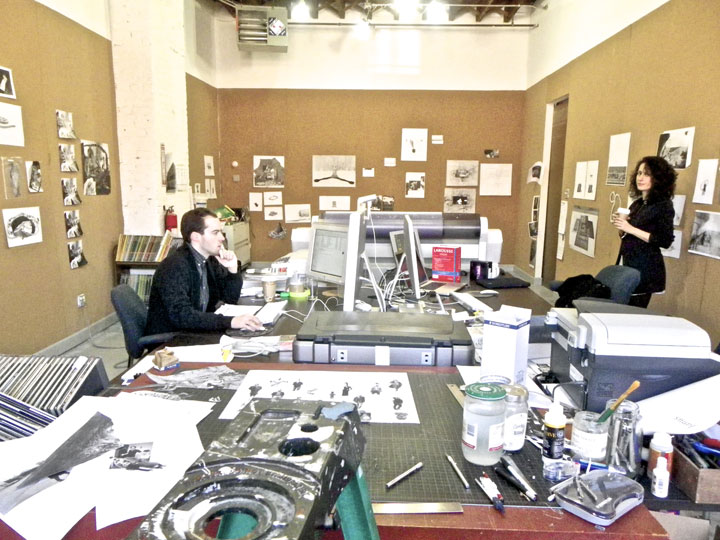 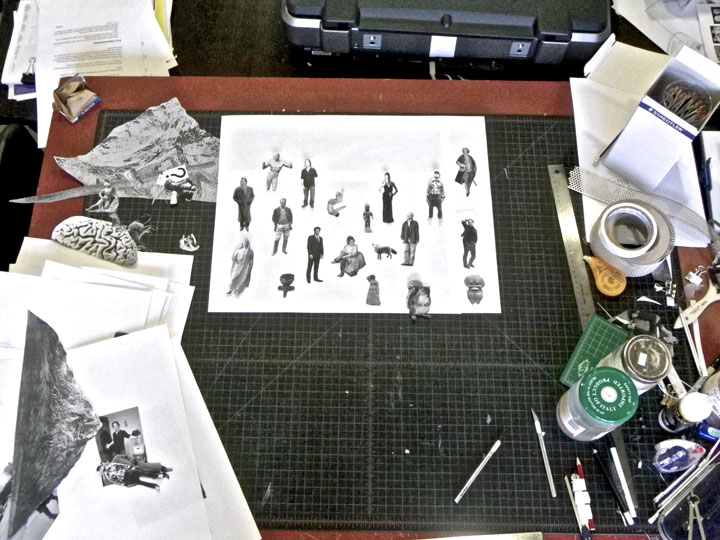 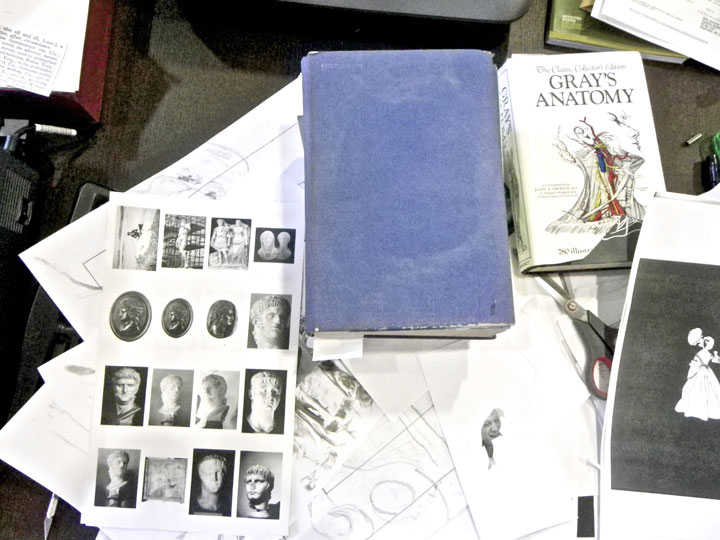 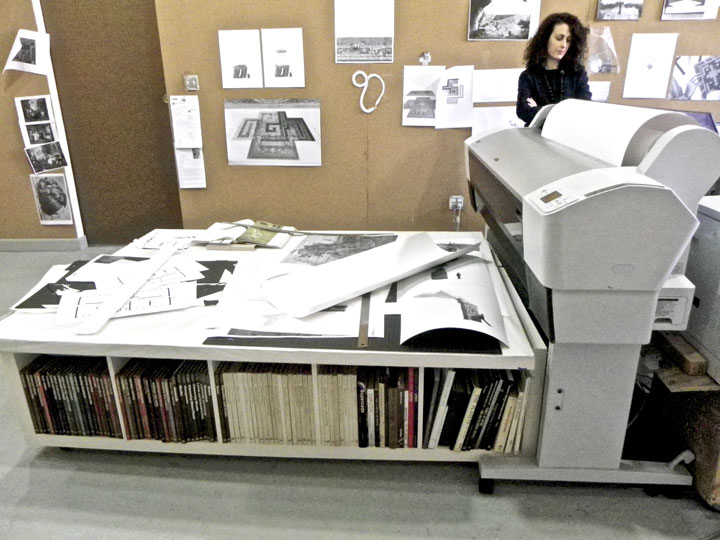 Why does Alex choose to show scans of his collages rather than the real thing?  It’s an interesting question and one that he explains as being primarily logistical.  He notes the fragility of the materials as well as the difficulty exhibiting the work if one had to reassemble his composite installations by borrowing individual drawings from their respective owners and shipping them around the world. But he also speaks about the leveling process that takes place, for instance, when both a page from an old library volume and a glossy magazine are reproduced via a black-and-white inkjet printer. What is paramount in Singh’s digital translation is not the eradication of the original (indeed, evidence of the works’ material beginnings manifests itself in both the scanned cut outs’ jagged edges and in the subtle differences in printer tone), but rather the insertion of a distance between original and copy, a distance that renders the space depicted neither here nor there, neither reality nor fiction, but somewhere in between. 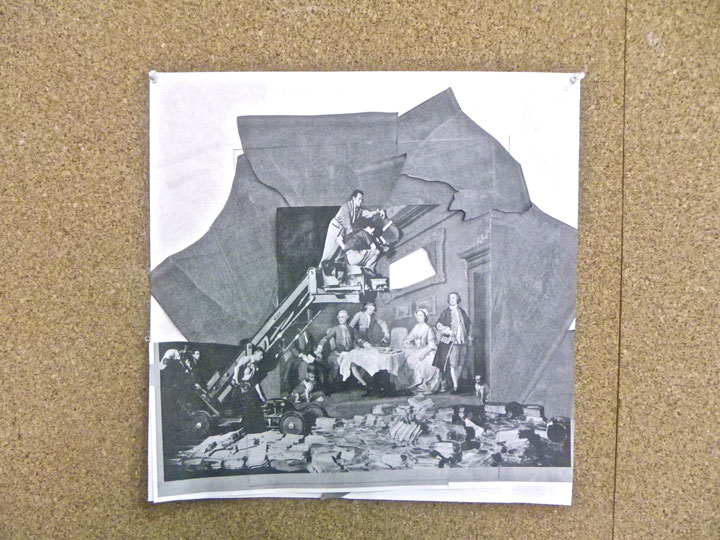 Alexandre Singh, Work in progress in the artist’s Brooklyn studio, Spring 2012. Photo courtesy of the artist.

Alexandre Singh: The Pledge is on view at The Drawing Center through March 13, 2013.