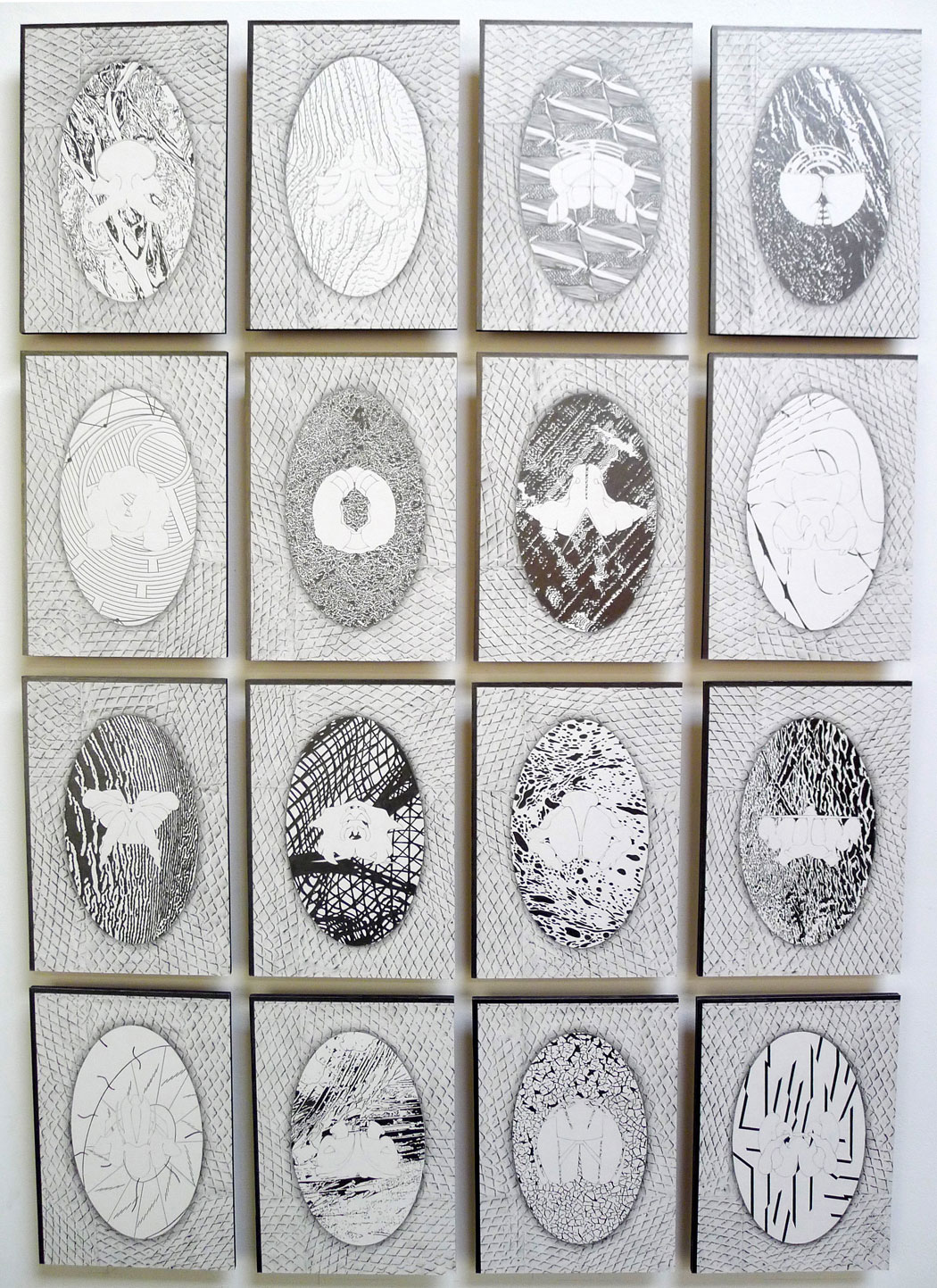 Reproduction is an archetypal trope in the science fictional imaginary. From the dystopian fable of Aldous Huxley’sBrave New World (1932), in which fetuses are ‘cultivated’ in plantations outside the maternal body, to countless scenes of alien impregnation in other books and films, birth returns again and again to open up the allegorical field of evolution. Artist Alice Brooke’s beautiful Prototypes, on view at Unit E in London through January 7, partake of this imaginary.

From a distance, sixteen small drawings displayed in a grid resemble a colony of strange eggs. As one gets closer, the inside of each oval reveals a different mechanomorphic organism, encircled by an abstract pattern drawn with painstaking labor. Designed with the fine point of technical drawings, these abstract shapes hold sway over the imagination for their ambiguity—they evoke simultaneously advanced engines, hi-tech design, biological organs, and Japanese cyborgs. Here Brooke manages to convey a sense of the protean and uterine without being too literal about gender. The drawings operate at the level of abstract, un-gendered fantasy and yet they speak very powerfully of femininity.

One way to look at the grid is as a film reel in which an alien object undergoes continuous metamorphosis. Another is as a taxonomy of specimens—a family album of ‘prototypes’ in the making. Either way, a sense of temporal transmutation emerges from the series, which reflects on the artist’s technique.

The highly worked texture of these drawings bears testimony to a time-consuming engagement with the medium, in which unexpected variations may occur on a micro scale. Each prototype, then, is a test-bed for the practice of drawing.  Made on a template, they extend the metaphor of reproduction beyond birth and into the realm of repetition, developing a modus operandi in which the possibilities of an idea are tested until testing becomes part of the idea. If this is only an early prototype of what the young artist has in mind, the best is yet to come.